In the 1990 romantic comedy “Pretty Woman,” Vivian, played by Julia Roberts, lives at this Hollywood hotel.  The real hotel is located right off of Hollywood Blvd, exactly as depicted in the film.  At the end of the movie, Edward, played by Richard Gere, climbs the fire escape with roses and the two passionately kiss.

Vivan stays at a luxurious hotel in Beverly Hills. 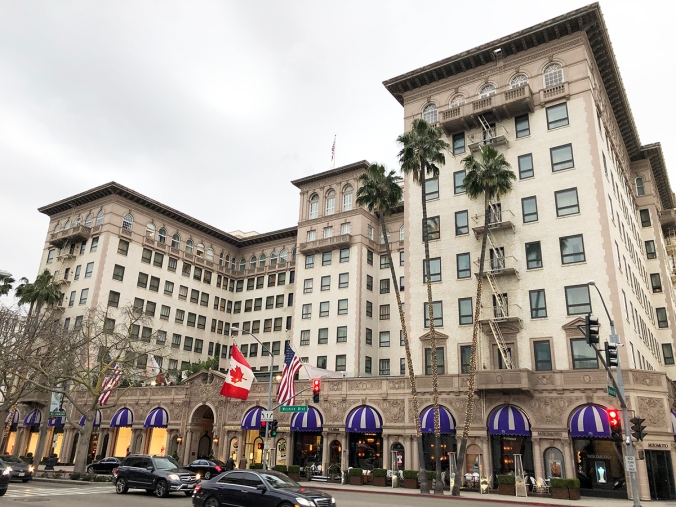 Vivian and Edward walk past the Arthur J. Will Memorial Fountain at Grand Park in Downtown L.A.  The same fountain was seen in “(500) Days Of Summer.”

Edward’s office can be found in Downtown Los Angeles.