In the 2007 film “Transformers,” Shia LaBeouf plays Sam Witwicky.  The Witwicky residence can be found in the West Adams neighborhood of Los Angeles, California.

The car lot where Sam shops for cars with his dad can be found in Altadena. It was actually a composite of two locations on opposite sides of the street from one another. The location at 2012 Lake Ave still stands, but the other location at 2000 Lake Ave has since been demolished.

Bobby Bolivia, played by Bernie Mac, points down the street to where his mother lives.

Bumblebee gives himself an updated look inside the Second Street Tunnel in Downtown L.A.  This is a popular filming location, appearing in such films as “Kill Bill,” “Demolition Man,” “Blade Runner,” “Con Air,” “Independence Day” and many more.

The police station seen in the film can be found in Highland Park.  The building is no longer an active police station and operates today as a police museum.  The building has been featured in countless films, including “Clerks 2,” “Gangster Squad” and “National Security,”  as well as the TV series “Twin Peaks: The Return.”

Sam and Mikaela, played by Megan Fox, watch a meteor shower at the iconic Griffith Observatory.  The location is another staple of film, appearing in such movies as “Rebel Without A Cause,” “La La Land,” “The Terminator” and dozens more.

Sam and Mikaela are taken into custody near this railway bridge, only for the Transformers to rescue them.

Sam and Mikaela are taken to the Hoover Dam in Nevada, which houses Megatron inside a bunker.

A full scale Optimus Prime truck used in the film could be seen on display in the prop room at Paramount Studios.

Also on display was a full scale Bumblebee.

Much like the first “Bad Boys” film, the sequel “Bad Boys II” is set in Miami, Florida.  According to information online, the house of Marcus, played by Martin Lawrence, is somewhere on Bay Road, near Sunset Islands.  It is a particularly difficult location to identify.  The house is only seen from two angles in the film.  First, the back yard facing the water is seen and then the front of the house, facing out to the street is seen.  There is never a direct shot of the front of the house.  Several resources have attempted to identify the house by what can be seen on the waterfront.  We attempted to identify it by what could be seen on the street.  There is in fact a shot where an exact street sign can be seen in the background, which is E Rivo Alro Dr.  This places the home on Venetian Islands.

Looking at houses on E Rivo Alto Drive, a relatively short road, trying to match up screen shots with the outside view, we found one possible candidate to be this home.  Quite a few on the details align, but not all.  It’s possible the home was a composite of more than one location or some remodeling has since occurred.  We don’t typically include unconfirmed locations, but due to the fact no other resources we found even mention E Rivo Alto Dr, we wanted to present it as a possible location of the home.

The estate of the villainous Johnny Tapia, played by Jordi Mollà, was filmed at Vizcaya Museum and Gardens. The villa has been seen in many films, including “Ace Ventura: Pet Detective,” “The Money Pit” and “Iron Man 3.”  The villa is open to public tours and regularly hosts special events.  Photography is permitted both inside and outside of the property.

Later in the film, a shootout takes place in the garden area of the property.

Bodies litter the street in front of this building, which serves as the Miami Bank in the film.

The mortuary Mike and Marcus break into is actually the McArthur Dairy building.

Here are some props from the film, on display at Sony Pictures Studio.

The police station where the pair work is actually the Dade County Courthouse.  The building was also seen in the 1981 Sydney Pollack film “Absence of Malice.”

“Club Hell,” where Marcus gets into a fight in the bathroom, was the heavily dressed Scottish Rite Temple.  The same building appears in Michael Mann’s 2006 film adaptation of “Miami Vice.”

The apartment where Mike, played by Will Smith, lives was the former Collins Park hotel in Miami Beach, which was also seen in the original “Miami Vice” television series.  The property is currently undergoing remodeling.

The majority of Micheal Bay’s 1996 action film “The Rock” was shot on location at Alcatraz Island. You can read our separate article on Alcatraz here, which has many more photos. 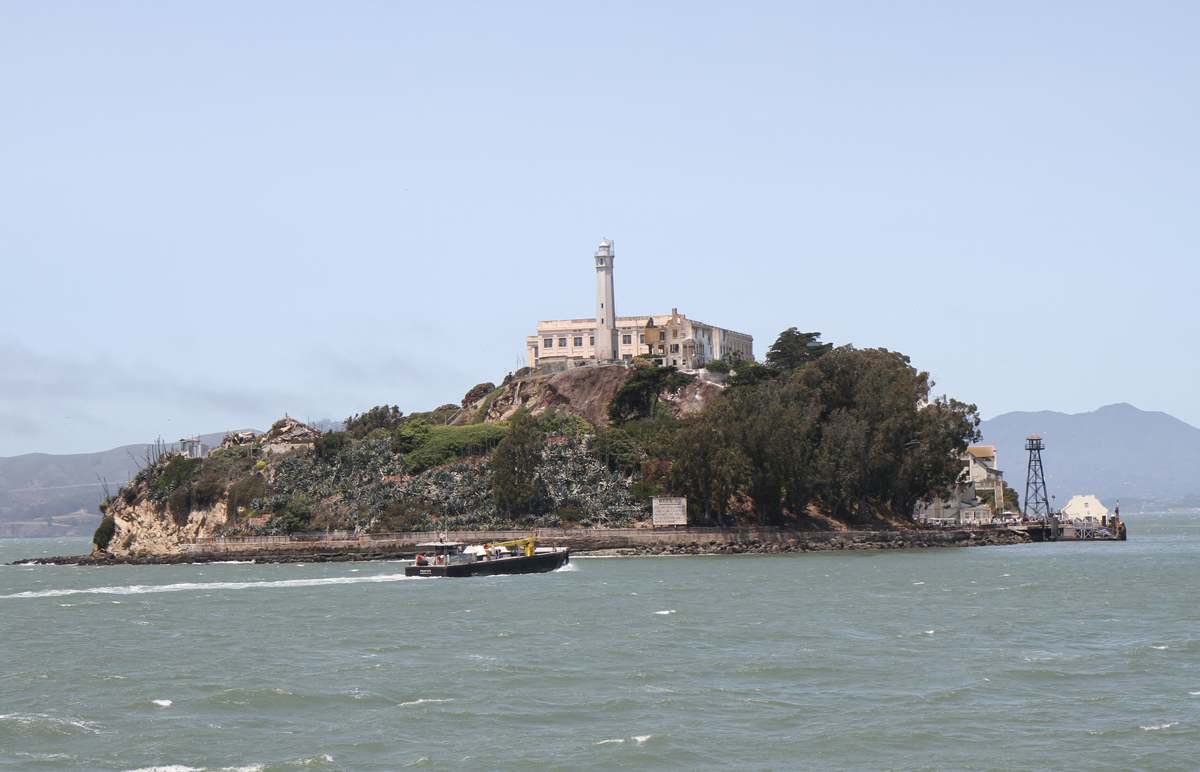 Near the end of the film, Sean Connery’s character is apprehended at the Palace of Fine Arts in San Francisco. 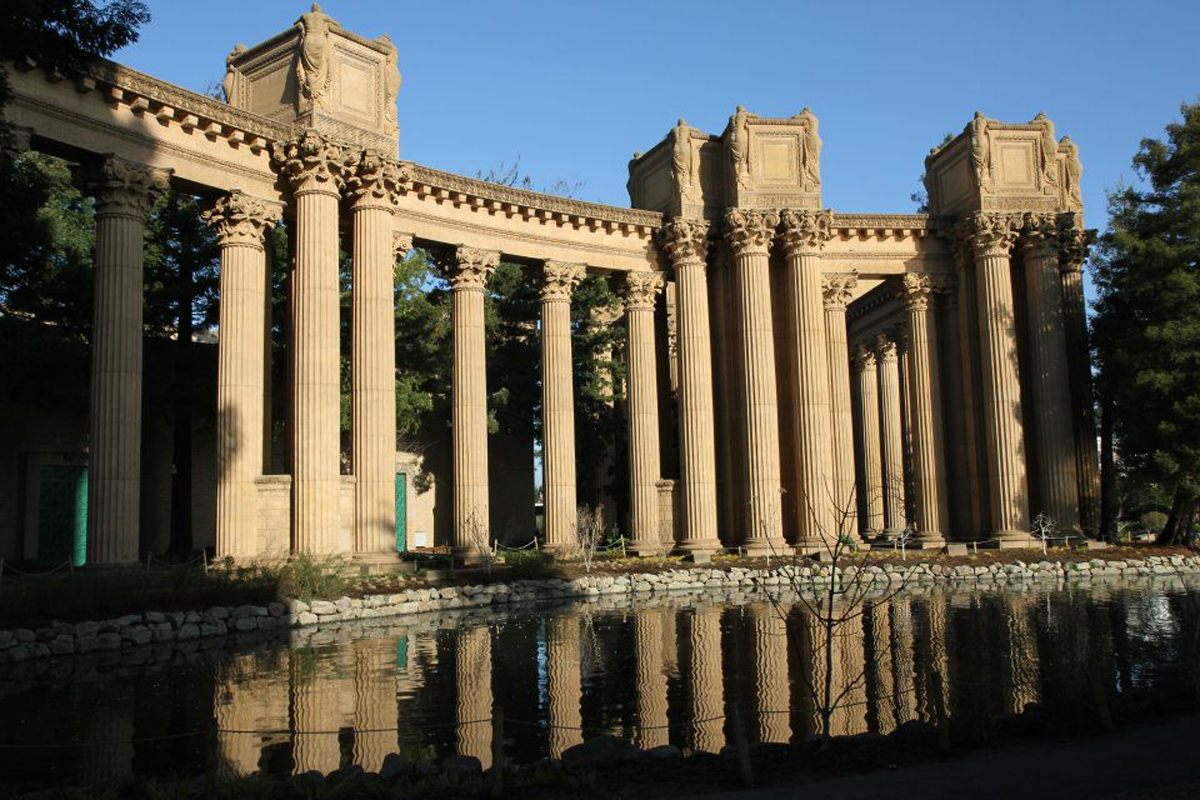