In Steven Spielberg’s “Catch Me If You Can,” Carl, played by Tom Hanks, is on the hunt for Frank Abagnale, played by Leonardo DiCaprio, who stays at the Tropicana Motel in Hollywood.  While the Tropicana was a real motel at one time, it was demolished in 1988.  Instead, the Hollywood Roosevelt was used.  It’s actually the rear of the Roosevelt building that is seen in the film. 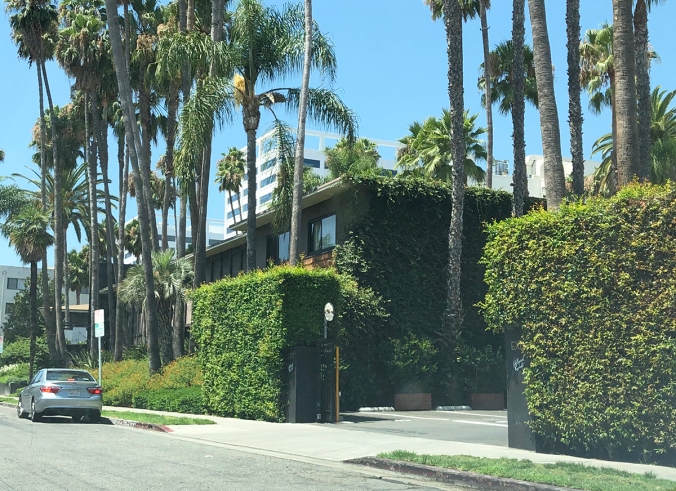 Carl eats at a diner, where a waitress tips him off that the alias Frank has been using is the name of “The Flash” in the comic books, cluing him in that his suspect may be younger than he originally thought.

This was filmed at the former Quality Cafe in downtown Los Angeles.  The diner was a one-time staple of films, appearing in “Seven” “Training Day,” “Ghost World,” “Million Dollar Baby” and dozens more.  However, it was not an actual restaurant open to the public.  Instead it was used solely for filming.  Sadly, it ceased to function as a filming location and was completely renovated in 2014.  The property no longer bears any resemblance to how it appeared in so many films. 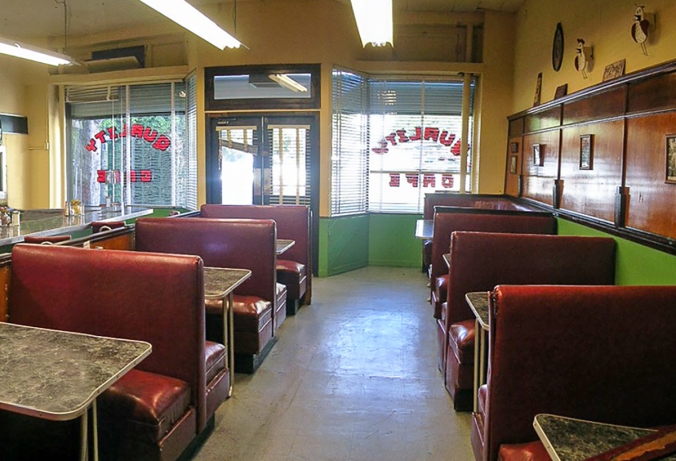 The Miami Airport where Frank slips past the FBI by surrounding himself with attractive flight attendants was actually filmed at the Ontario Airport in Ontario, California.  This particular terminal is not in active use and has popped up in countless other films, including “Saving Mr. Banks,” “Zodiac,” “Blow,” “Argo” and many more. 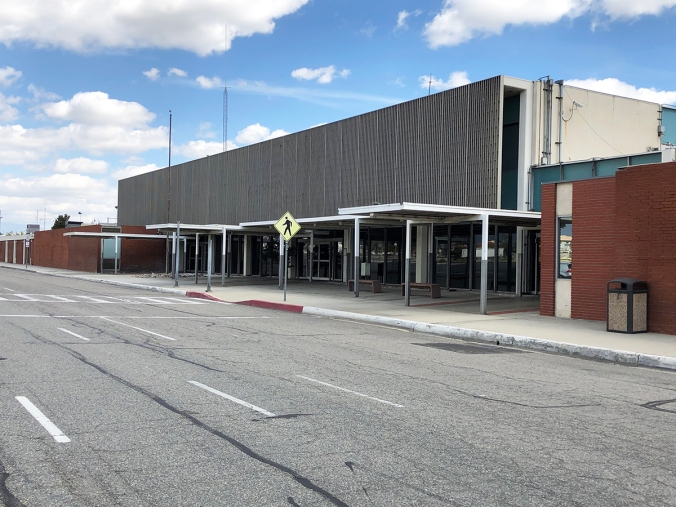 Another view of the same airport, depicted as the baggage claim terminal in the film. 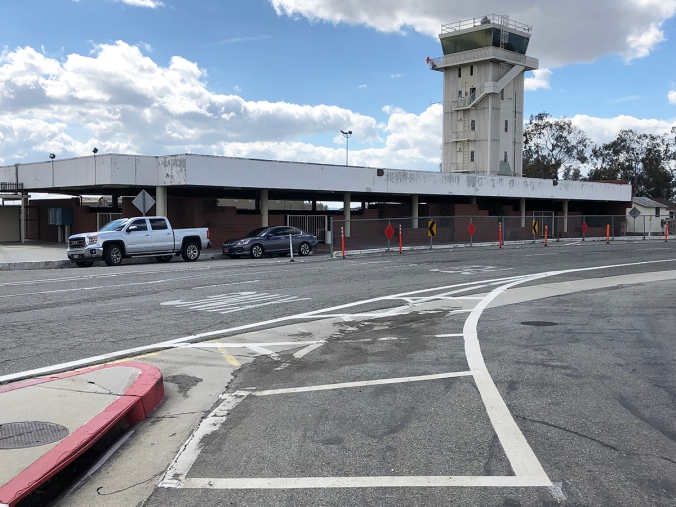 Later in the film, Frank takes his father, played by Christopher Walken, to an upscale restaurant, where he tells him he bought him a Cadillac.  The actual location is not a restaurant at all.  It’s the famous “Pompeian Room” of the Doheny Mansion, located on the campus of Mount Saint Mary’s University in Los Angeles.  While the mansion does offer occasional tours to the public, some of the guides can be strict about allowing photos inside.  Many films have shot at the mansion, including “The Princess Diaries,” “Drag Me To Hell” “The Three Amigos” and more.

Frank strikes up a romance with Brenda, played by Amy Adams, who brings him to the house of her father, played by Martin Sheen.  Frank has to make an abrupt departure with the FBI hot on his heels.  The house used in the film can be found in Pasadena.  The address is on E Crary St, but the back of the house faces that direction and the perimeter is surrounded by a wall, so you won’t see much from there.  The front side of the house is actually around the block on Layton St, which dead-ends into the driveway of the home.  The same house has also been seen in the films “Matilda,” “Hocus Pocus” and “Scream 2.”  Unfortunately, the property owners have since posted no trespassing signs near the end of Ladyton St, making it much more difficult for pedestrians to see the house anymore. 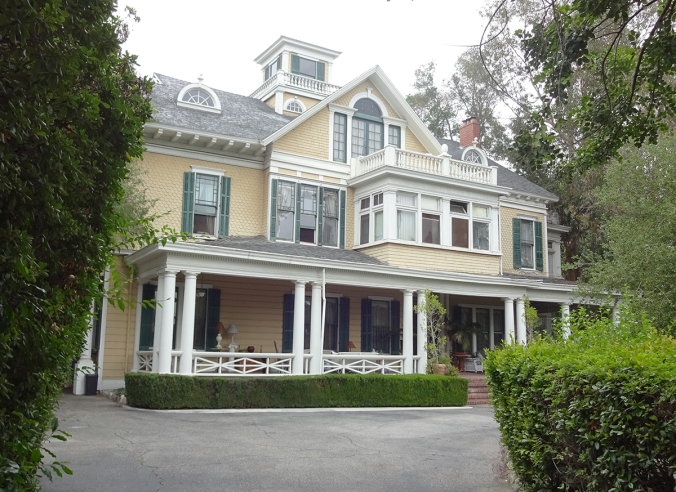 Near the end of the film, Frank is arrested in front of his mother’s house, which can be found in Pasadena. 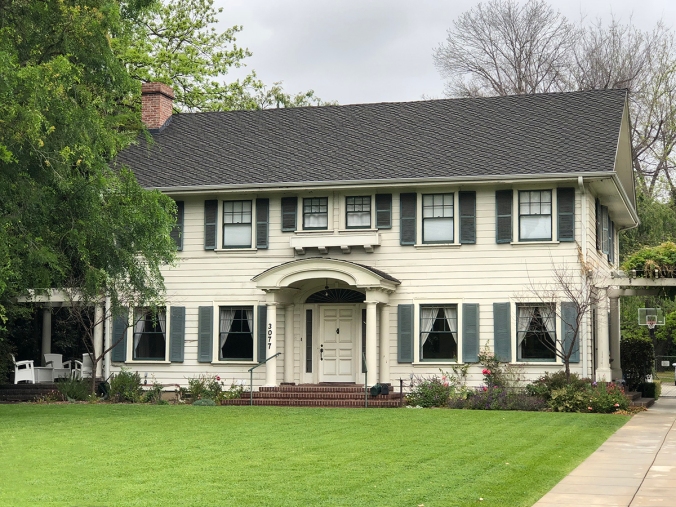