Roger Avary’s excellent 2002 adaptation of the Bret Easton Ellis novel “The Rules of Attraction” may have been set in the fictional Camden College in New Hampshire, but it was actually filmed at the University of Redlands in Redlands, California.  In order to achieve this, the filmmakers had to be very careful in blocking their shots, as to avoid the mountains and palm trees that surround the area.  Below, we’ll cover many shots seen in the film from around the campus. 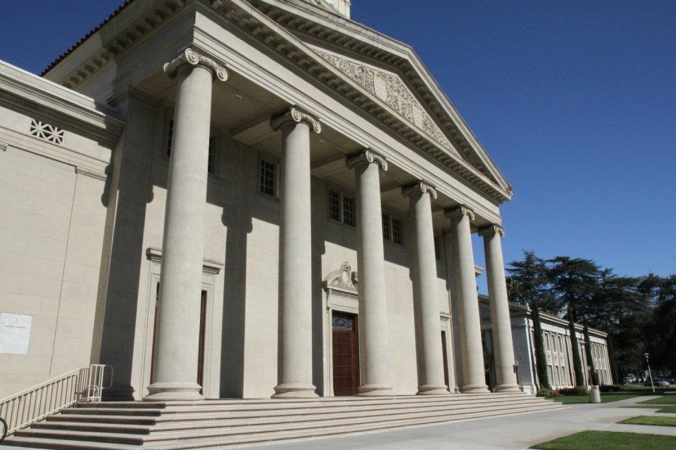 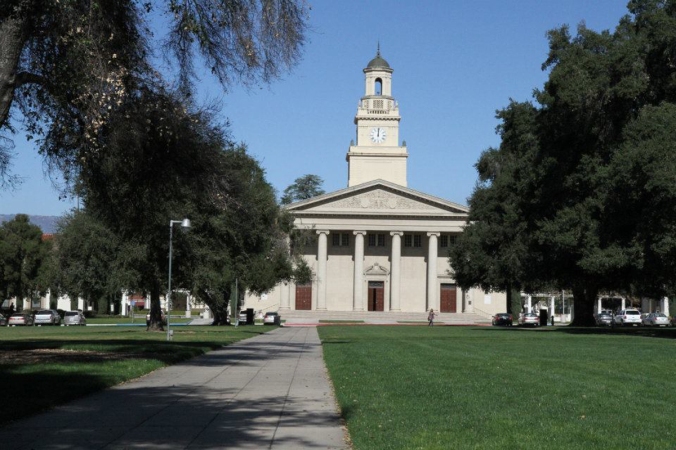 James Van Der Beek’s character sits on these seats towards the end of the film.

The “End of the World” party takes place at this building.

One of the final shots of the movie, where the character of Sean rides away on his bike, was filmed here.