The 2004 comedy “50 First Dates” was filmed primarily in Oahu, Hawaii, with some additional scenes filmed in Southern California.

The Hukilau Cafe, where Henry, played by Adam Sandler, first meets Lucy, played by Drew Barrymore, was a set built for the film.  Contrary to some information online, it definitely no longer exists.  It was filmed near the Moli’i Fishpond, which is adjacent to Kualoa Ranch.  The ranch in fact owns this land and it has been featured in many films, including “Jurassic World,” “Triple Frontier,” “Snatched,” “Tears of the Sun,” “Mike and Dave Need Wedding Dates,” “You, Me and Dupree” and the TV show “Lost.”  There are some buildings there, but they were not used as the restaurant set, which was torn down after filming.

There are a couple ways to see this area.  The local shops near the pond, which rent their buildings from Kualoa Ranch, offer tours of their own near the water for a small fee.  However, the Premier Movie Site Tour offered by Kualoa Ranch itself stops at this area and covers it in detail, which is our recommended way to see it.  Here is a view of the general area where the cafe set was built.

Here is a small sign nearby marking it as the filming location. 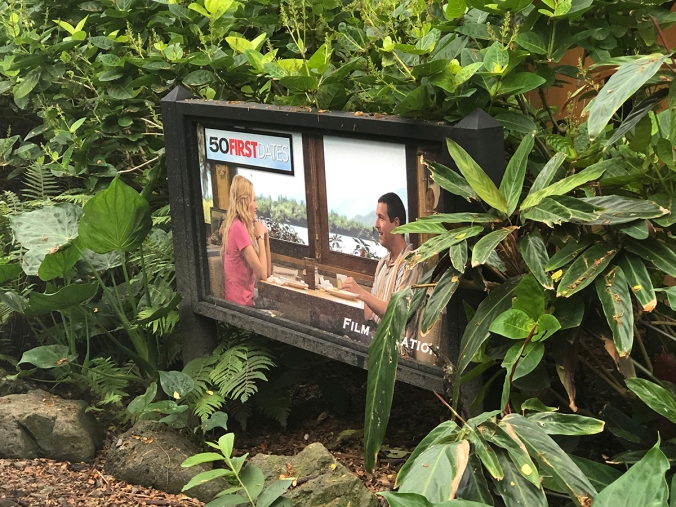 It is a challenge to find the house of Lucy and even more of a challenge to photograph it.  There is a lot of conflicting information about its location and GPS does not offer a definitive address.  So the easiest way to pinpoint the general area is to find the Waikane Store on Kamehameha Hwy, located at 48-377 Kamehameha Hwy, Kaneohe, HI 96744.  There is an unnamed road sitting right beside the store.  That is the road that leads to Lucy’s house.  You can in fact walk down this road, as we did, but the houses do not appear to have any registered addresses.  From where the road dead ends, you still can’t see the house very well, as you’re facing behind it and from a distance.  You would need to actually continue onto the property, which is private, in order to obtain a good view.

The best alternative we could find by land was traveling a bit down Kamehameha Hwy over to Waiahole Beach Park at 48-199 Kamehameha Hwy, Kaneohe, HI 96744.  Despite the name, the area is quite grassy, with little sand.  There is a small section around the trees that extends out from the shoreline a bit, offering the best view of the house.  It’s still not ideal, but it is the closest point on public land to obtain a view of the actual house.  If you have a long-focus lens, you can probably obtain a better view.  It should also be noted there is no parking on Kamehameha Hwy at Waiahole Beach Park.  There are some nearby side streets, however, where you can park and walk over.

Here is a wider view of the area.  The pier, known as Waikane Pier, is also seen in the film, though only remnants of it exist now.  The TV show “Lost” also featured the pier.

Further out in the water, you can see a small island known as Mokolii, or sometimes referred to as Chinaman’s Hat, which can also be seen in the film.  It is a popular photo spot for tourists.

The road where Henry keeps finding creative ways to stop Lucy can be found on Kualoa Ranch.  Countless other films have shot in this area, ranging from “Jurassic Park” to “Jumanji: Welcome To The Jungle” to “Windtalkers.”  If we have one complaint about the Kualoa Ranch tours (which are otherwise great), even on their Premier Movie Site Tour, they drive through this area rather quickly and do not stop.  This makes getting decent photographs a challenge.

Later in the film, Lucy is admitted to the Callahan Institute for Brain Injuries.  This was filmed at the Cabrillo Beach Bath House in San Pedro, California.  The same location was famously featured in the film “Face/Off.” 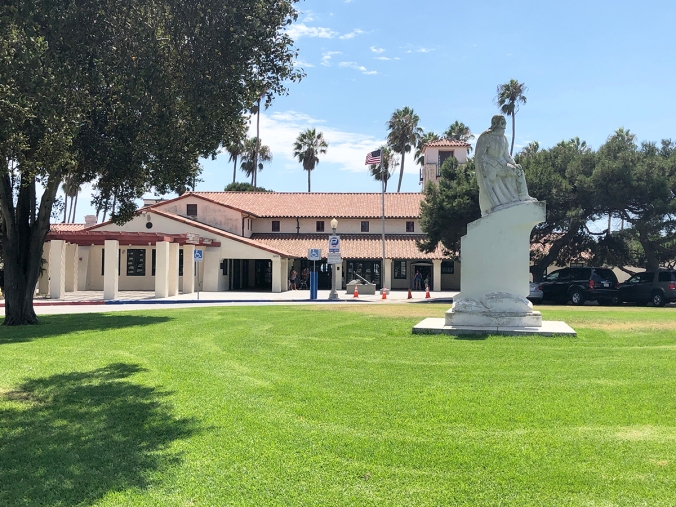 The Cabrillo Beach Bath House interiors were also used in the film.  The staff is very friendly there and welcoming to the public, so don’t hesitate to visit.