The Peterson Automotive Museum in Los Angeles, California ran an exhibit entitled “Hollywood Dream Machines: Vehicles Of Science Fiction and Fantasy” from May 2019 through May 2020.  Included on display were some vehicles from the George Miller modern classic “Mad Max: Fury Road.”

Here is the car Nux, played by Nicholas Hoult, drives in the film, chasing after Furiousa, played by Charlize Theron.  The vehicle features a front-mounted crucifix to hold blood bags. 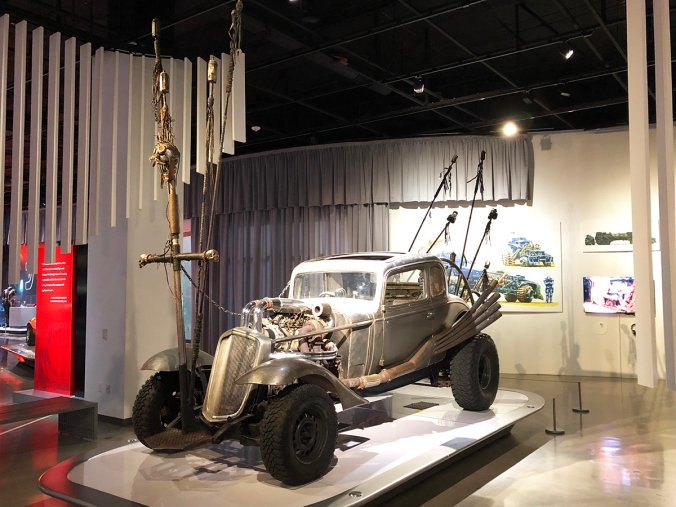 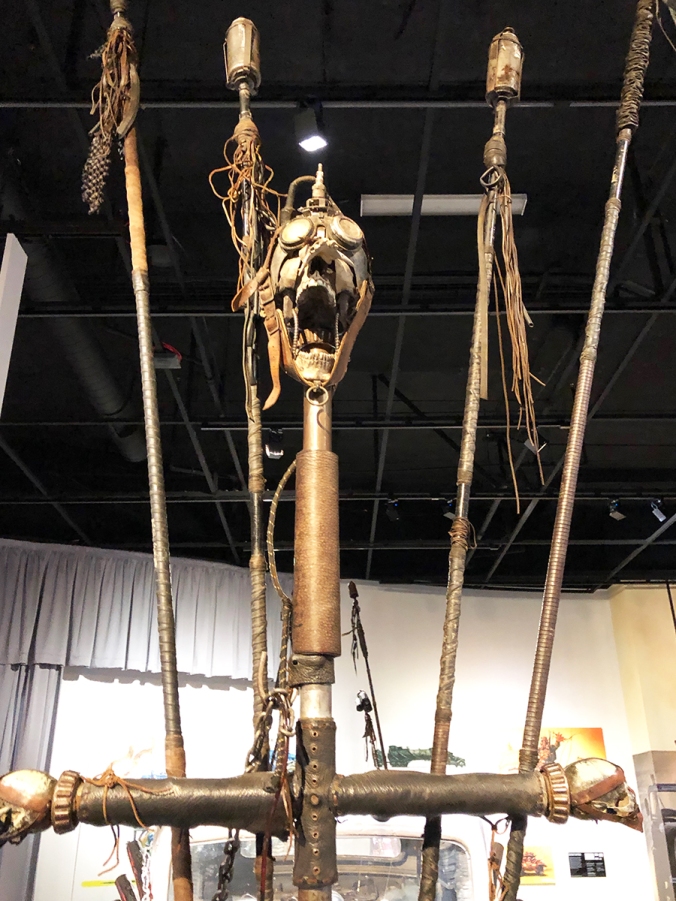 Here is some concept art, which was also part of the exhibit.