The 1996 sci-fi action film “Independence Day” was a large scale production, filming in California, New York,  Utah, Washington D.C., New Mexico and more.  Capt. Steven Hiller, played by Will Smith, lives at this Los Angeles home, where he first spots the giant spaceship in the sky.

The First Lady, played by Mary McDonnell, receives a phone call at the famed Millennium Biltmore Hotel in Downtown L.A.  The hotel is a staple of film, having appeared in such movies as “Ghostbusters,” “Beverly Hills Ninja,” “Fight Club,” “Species” and many more.

The famous sequence with the fires engulfing the tunnel full of cars was filmed at the Second Street Tunnel in Downtown L.A.  This is another popular filming location, appearing in such films as “Kill Bill,” “Demolition Man,” “Blade Runner” and many more.

Hiller drags a defeated alien across the Bonneville Salt Flats in Utah.  The salt flats have been seen in many films, such as “Pirates Of The Carribean: At World’s End,” “The Tree Of Life” and this film’s 2016 sequel, “Independence Day: Resurgence.”  The I-80 freeway traverses straight through the Bonneville Salt Flats, with viewing points on the side of the road.  There’s also an exit to drive in for a closer look.

Wendover Airfield, located near the border of Nevada and Utah, served as the airfield where President Thomas J. Whitmore, played by Bill Pullman, gives his speech to rally the troops before taking their final stand against the aliens.  This scene was filmed in front of Hangar 2.  This area is private property, but they do allow tours.  Wendover Airfield has appeared in many films, such as “Con Air,” 1982’s “The Philadelphia Experiment” “Mullholland Falls,” The Core” and Ang Lee’s 2003 version of “The Hulk”

Hiller’s military uniform can be found on display at the Planet Hollywood Resort & Casino is Las Vegas.

The 1999 horror comedy “Idle Hands” was filmed in Pasadena, California.  The houses from the film are all located next to one another.  Anton, played by Devon Sawa, lives at this house at the corner of Madison Ave and Jackson St.

Directly across the street is the house of Molly, played by Jessica Alba. 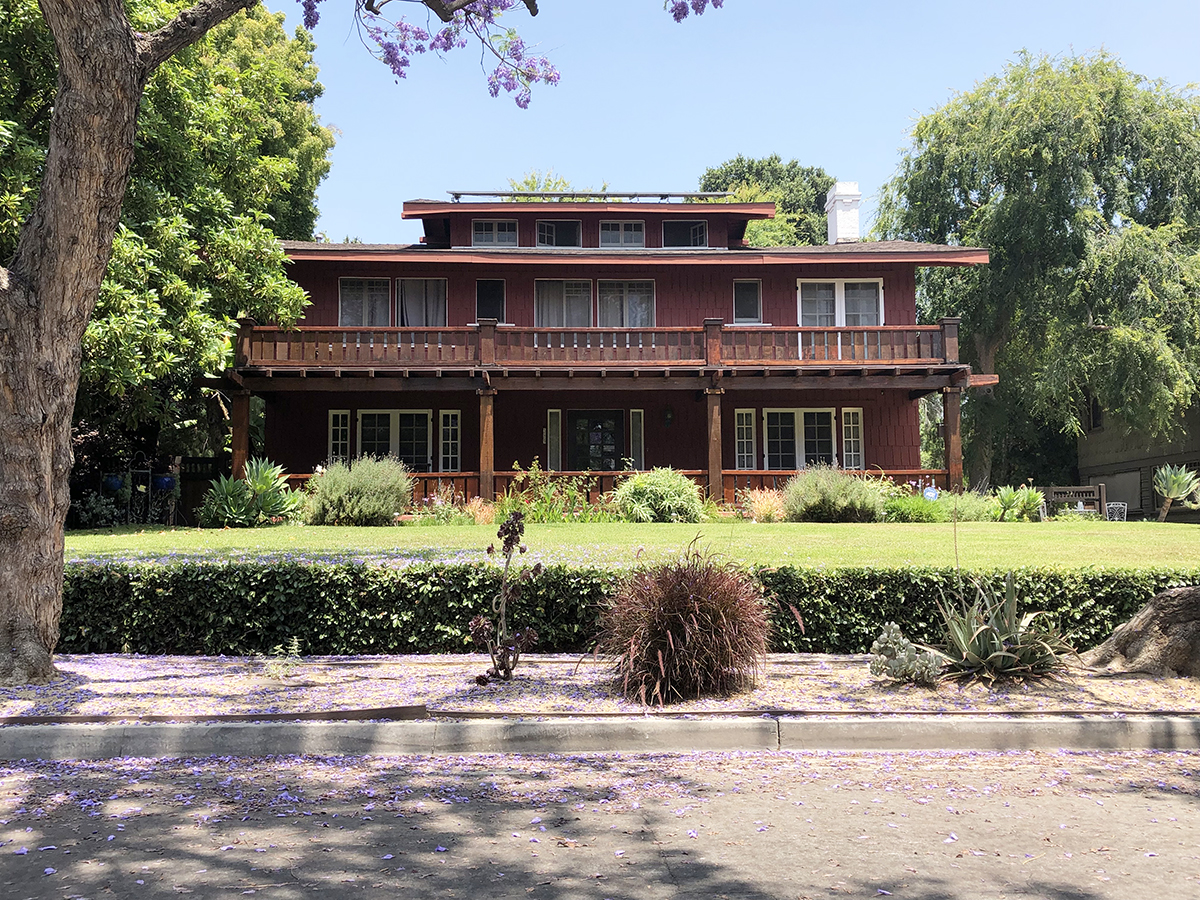 Directly next door to Molly’s house is Randy’s house.