One of the most famous movie locations in the world, the fire station that served as the headquarters for the Ghostbusters in the original 1984 film can be found in the Tribeca neighborhood of New York City.  The building was chosen because the screenwriters imagined the Ghostbusters as a public service, much like firemen.  Cast member Dan Aykroyd knew the neighborhood well and suggested the building.  Still an active firehouse, the location draws countless visitors each year.

Not quite as well known is the Los Angeles fire station location used in the film.  While the Hook & Ladder Company 8 building in Tribeca was used for exterior shots, interiors were filmed at Fire Station No. 23 in downtown L.A.  The fire station was closed in 1960 and has currently fallen into quite a state of disrepair.  The photo below is from several years ago, when it still looked presentable, but currently the building is boarded up, covered in graffiti and prohibited from entry.  Perhaps someday the interior will be restored to resemble the film, but it sits in a pretty bad area not far from skid row, so a restoration seems unlikely at this time.

Over at the Sony lot in Culver City, California, there was even at attempt to build a replica of the Hook & Ladder 8 building. 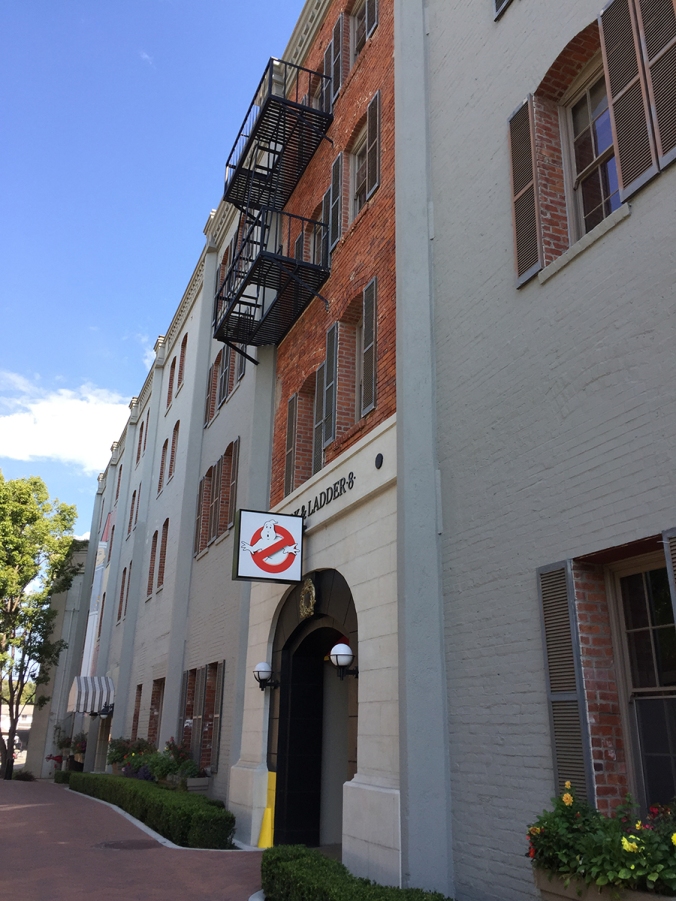 Also on the lot is the Ecto 1 car, which can be seen on the Sony Pictures Studio Tour. 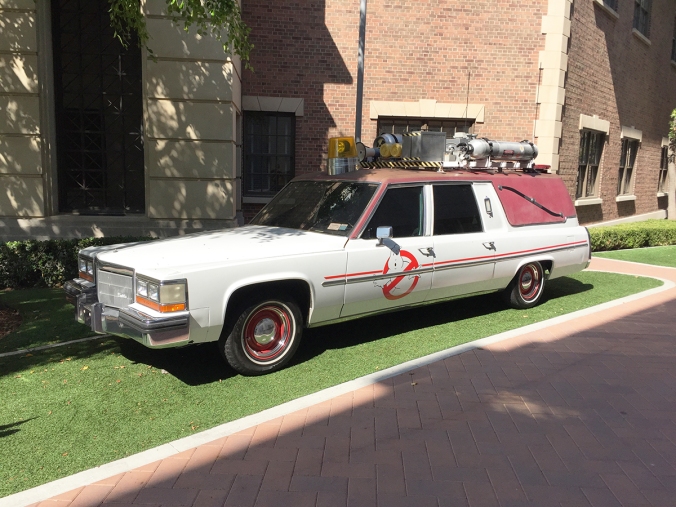