While it’s obvious that an animated show such as “The Simpsons” does not have any actual filming locations, there are a few real world replicas that do a good job of recreating the town of Springfield.

A full scale recreation of The Simpsons house was built in Henderson, Nevada, just outside of Las Vegas.  The house was designed to be an exact replica, with the builders studying over 100 episodes for the series in an attempt to match every detail.  When the house was first unveiled, it was painted in the same colors as the show.  The home was built as part of a promotional contest in 1997 from the TV network, where the winner could choose between having the house or the cash value of the property at the time, $75,000.  The winner ended up choosing the latter and the home unfortunately went up for sale and became just another private home.  There is even an image of Homer by series creator Matt Groening drawn into the cement of the sidewalk leading to the front door.  If only a fan with more enthusiasm for the show had won, the home could have been turned into a tourist attraction for fans to come and visit.  Nevertheless, looking at the outer facade of the home, you can still see the resemblance to the cartoon.

Something much better suited for fans of the show is the Springfield area of Universal Studios Hollywood.  Many recreations of the show exist there, in the form of restaurants, rides and stores.  Here is a sign welcoming guests to Springfield.

Here is Moe’s Tavern, with the Springfield sign and power plant in the background.

Here is Barney inside Moe’s Tavern, looking for a refill.

Here is the Kwik-E-Mart.

Millhouse is outside enjoying a beverage. 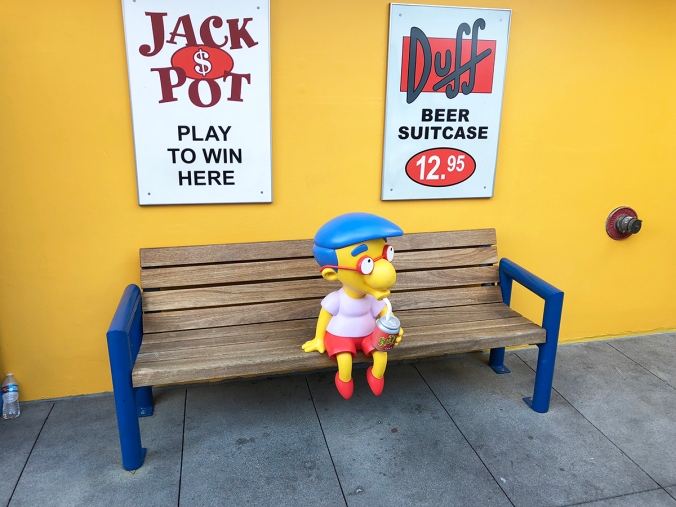 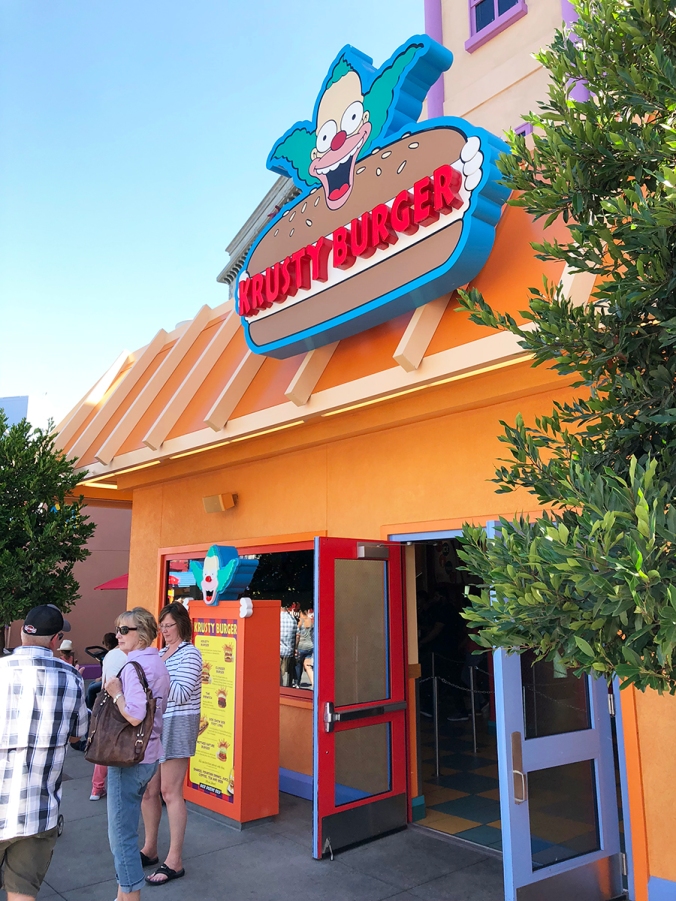 Lard Lad Donuts, the mascot for which is something of a hybrid between Bob’s Big Boy and Randy’s Donuts.

Here is the Springfield Police Station, where Eddie and Lou keep an eye on things.

Meanwhile, Snake is escaping the jail directly above them.

Nearby, Chief Wiggum has crashed his police car into a pole. 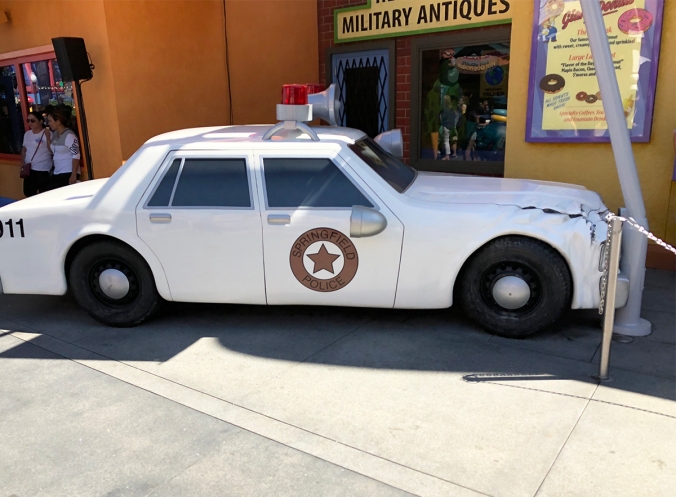 Here is the Springfield Department of Motor Vehicles, where Patty and Selma work.

Here is the office of Dr. Nick Riviera.

Disco Stu has closed up shop due to an injury. 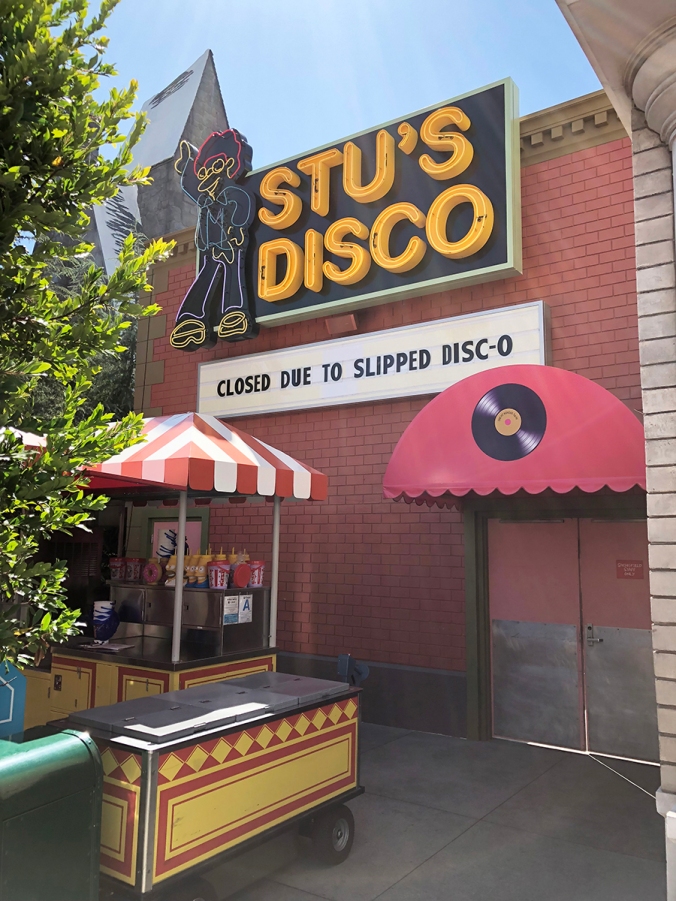 Krustyland, where The Simpsons Ride is located.

Cletus is running a chicken restaurant.

Here’s a Duff’s hot dog shop, with the brewery in the background. 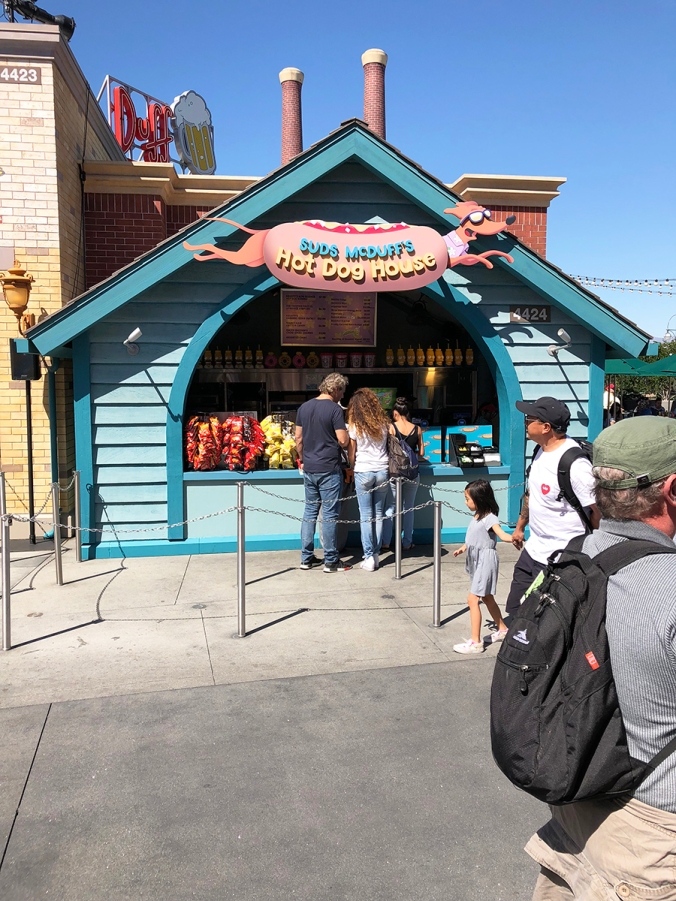 Last, but not least, we leave you with the Bumblebee Man’s taco truck.