As part of the Jim Henson “Imagination Unlimited” Exhibition at the Skirball Cultural Center in Los Angeles, some costumes and memorabilia from Henson’s 1986 fantasy film “Labyrinth” were on display. The exhibition ran from June 1 through September 2, 2018.

Sarah, played by Jennifer Connelly, wore this dress in the film.

Here is one of the set models from the film. 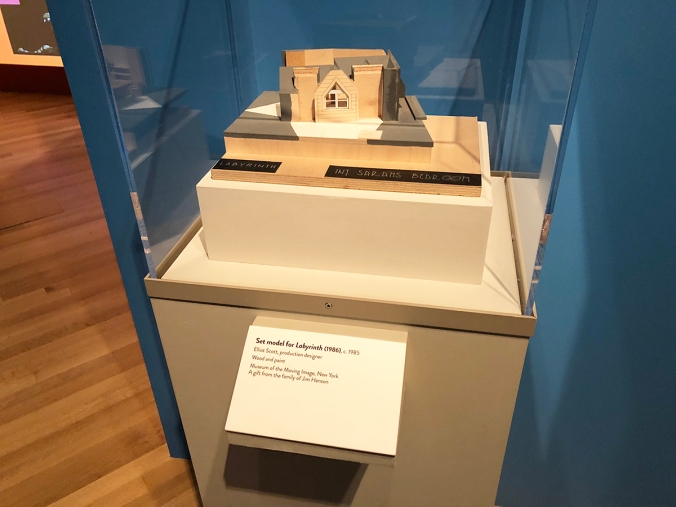 And some concept art.

A poster for the film. 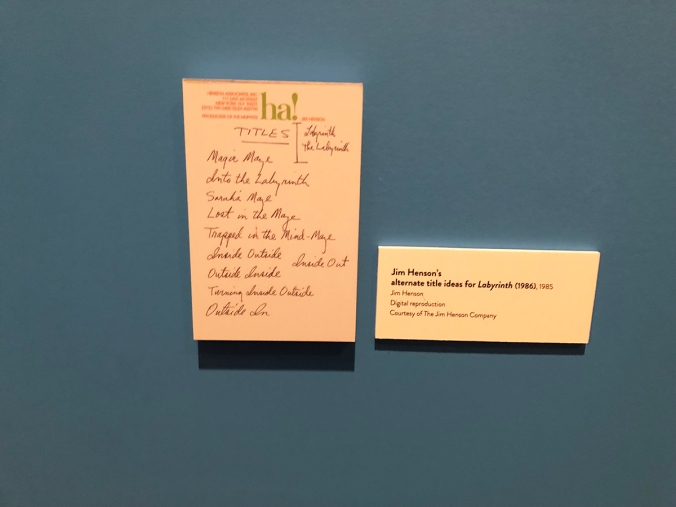