At the 2017 San Diego Comic-Con, Warner Bros. hosted a “Blade Runner 2049 Experience.”  Visitors were invited to experience a VR tour of the futuristic world, as well as a set recreation, with props and actors interacting with you.  Here we offer some photos of the special exhibition.

First up, a view of the full structure, as seen from outside.

The entrance to the building. 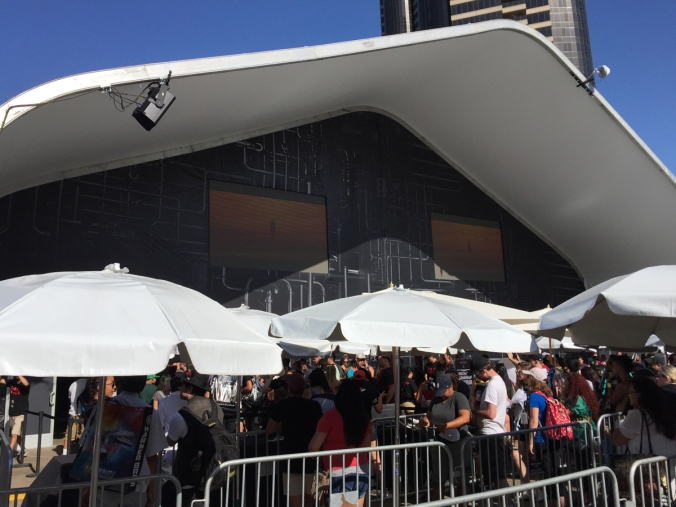 Once inside, there is some concept art from the film on display.

One of the actual Spinner vehicles used in the film. 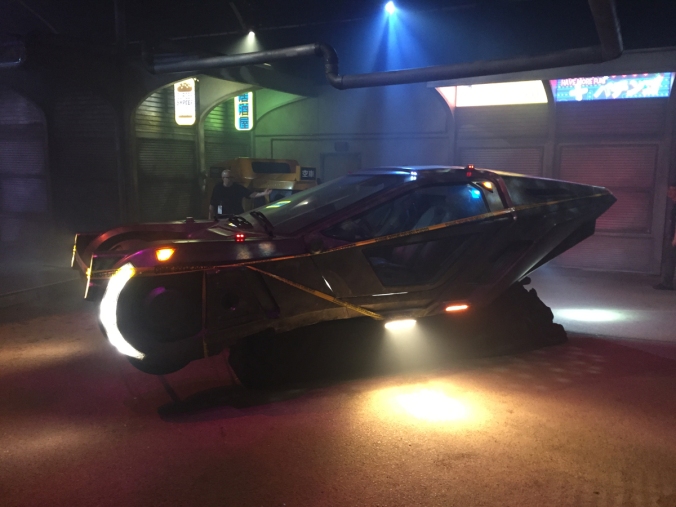 A recreation of the film set, featuring the streets of a futuristic Los Angeles.

Vending machines, in which visitors were distributed free t-shirts for the film. 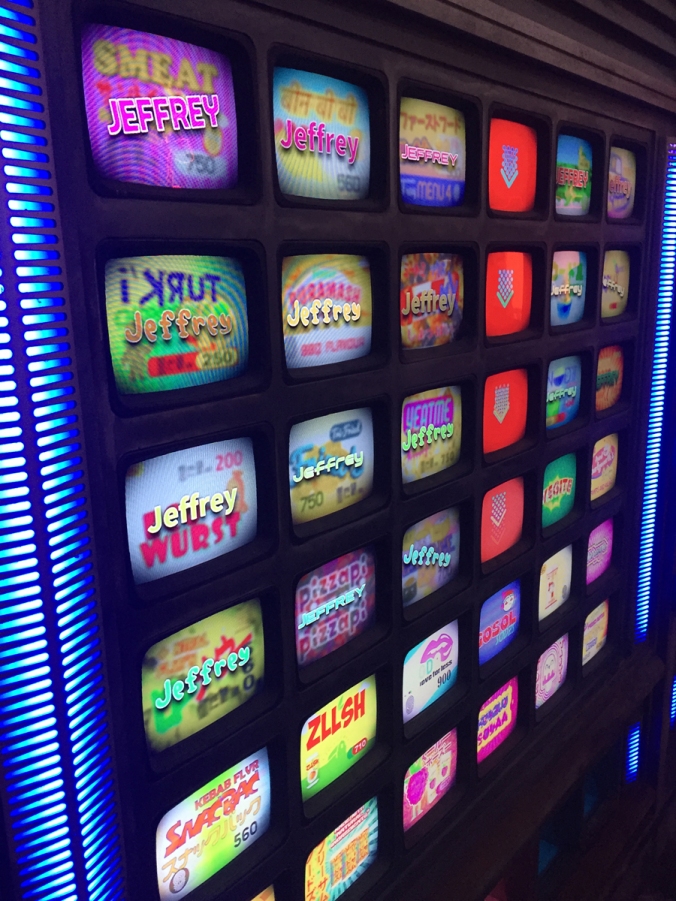 Bibi’s bar, in which visitors could actually go inside for a free drink.

Some posters for the film.

Numerous props from the film were on display.  Here are some of Officer K’s, played by Ryan Gosling, LAPD issued Blade Runner items. 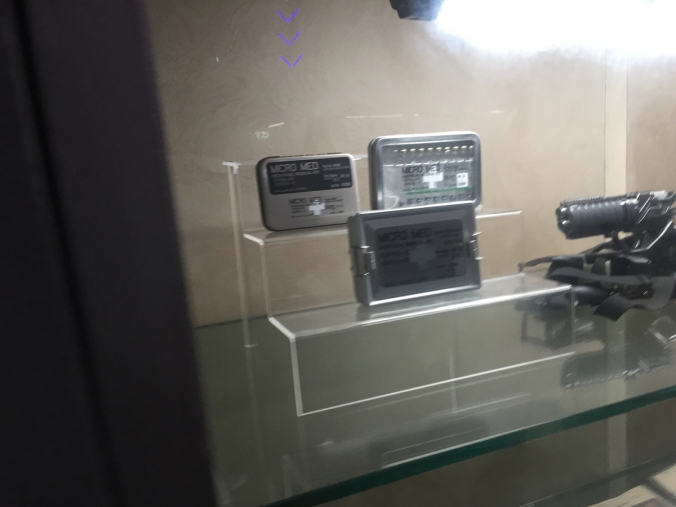 Deckard’s, played by Harrison Ford, handcuffs and binoculars, used while hiding out. 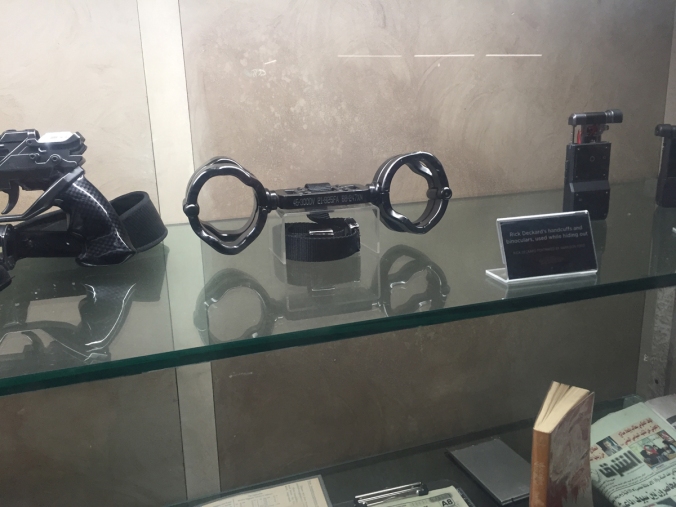 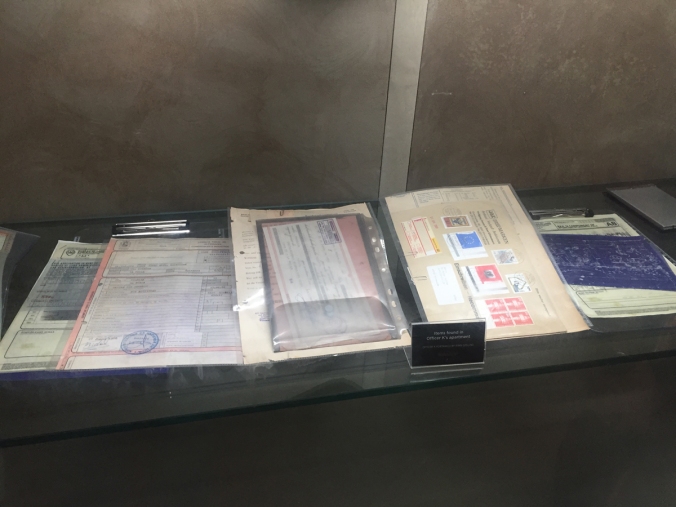 Some miscellaneous props used in a variety of scenes in the film.

Memory spheres used to store Voight Kampff tests to determine if one was a replicant or not in the original movie, along with some everyday tools used by manicurists in the sequel. 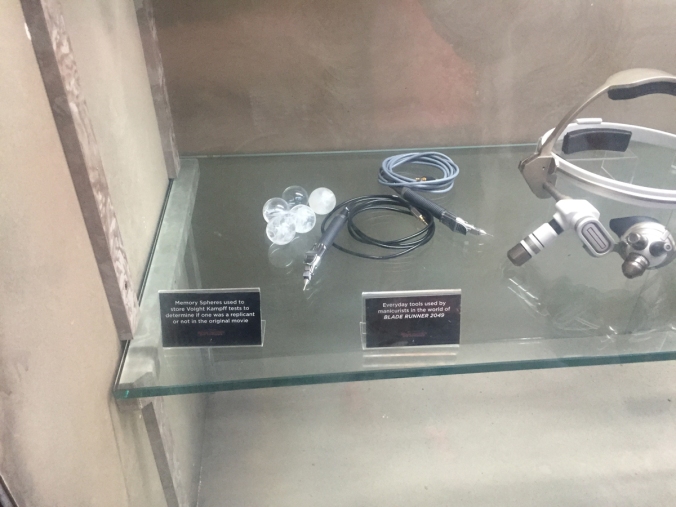 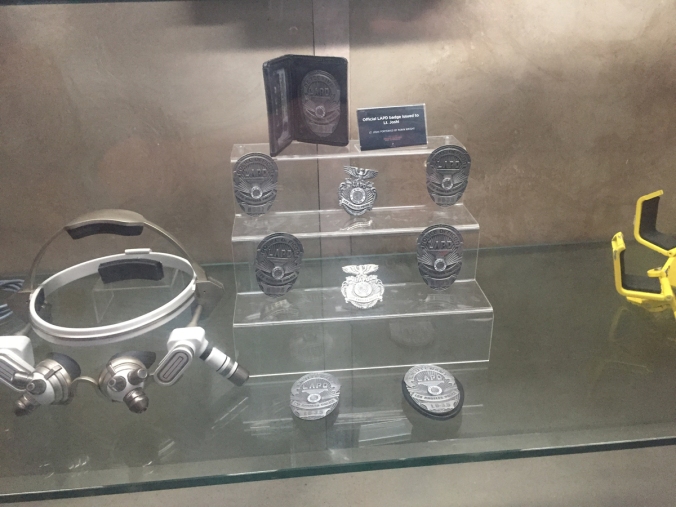 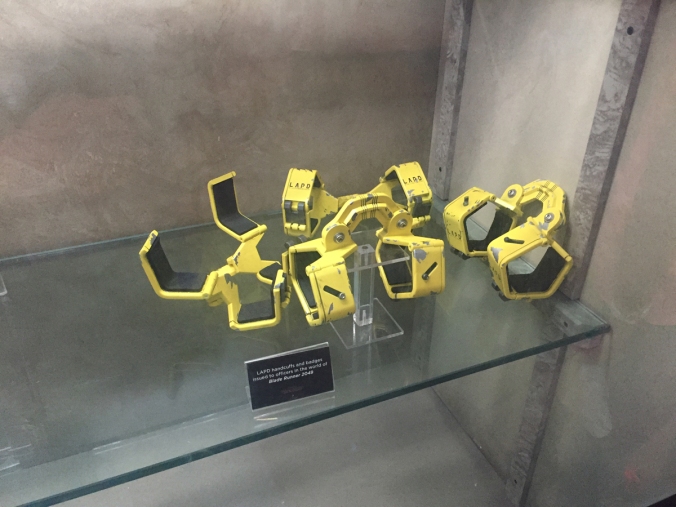 Deckard’s blaster, used in both the original film and the sequel. 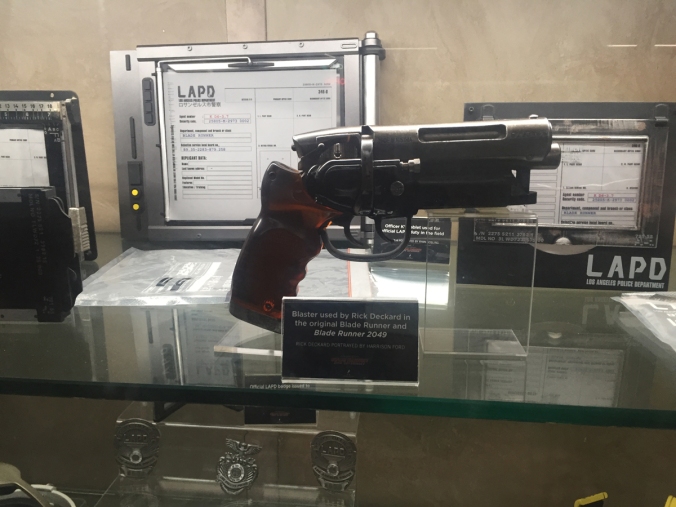 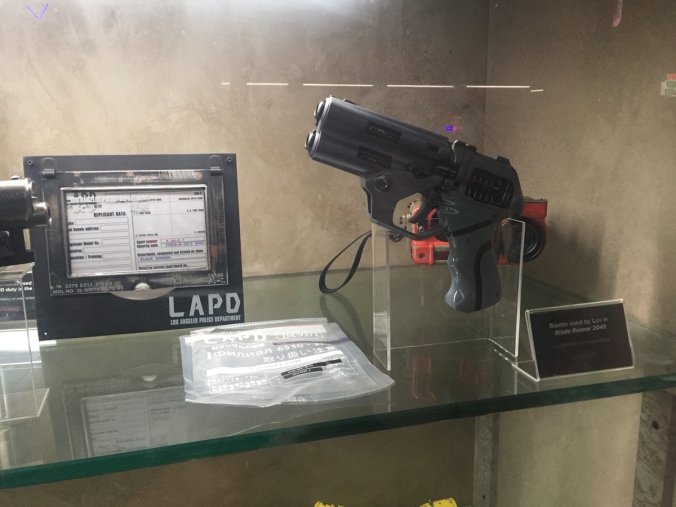 Items from the marketplace where residents gather to shop and eat. 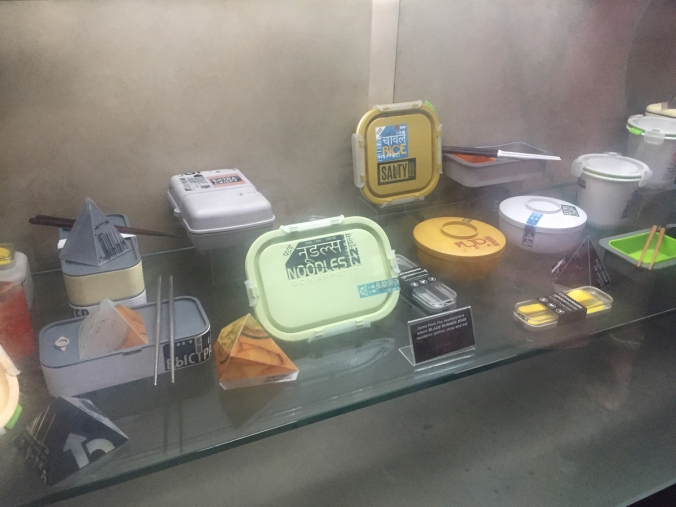 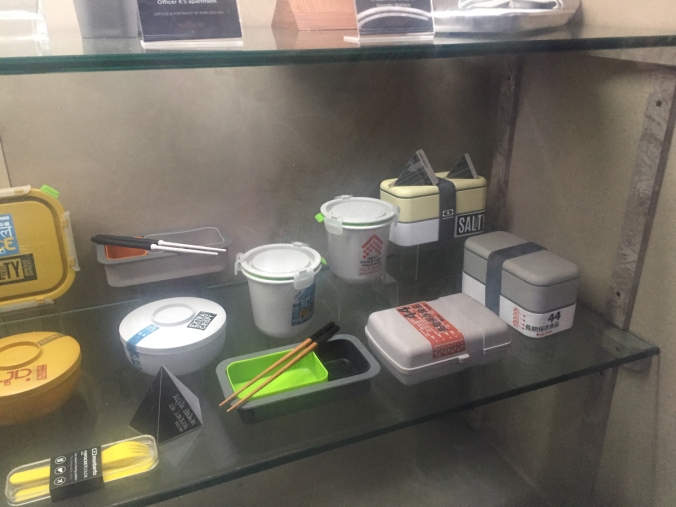 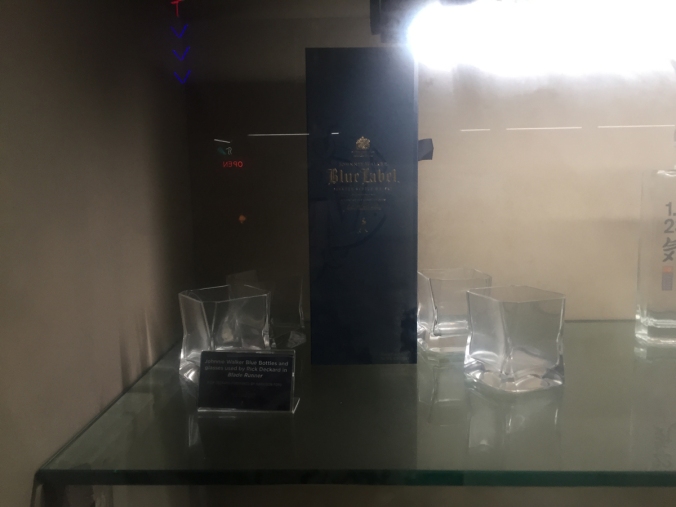 Some costumes from the film.  First, a hazmat suit, helmet and boots worn by Sapper, played by Dave Bautista, to protect him from the harsh atmospheric elements while farming. 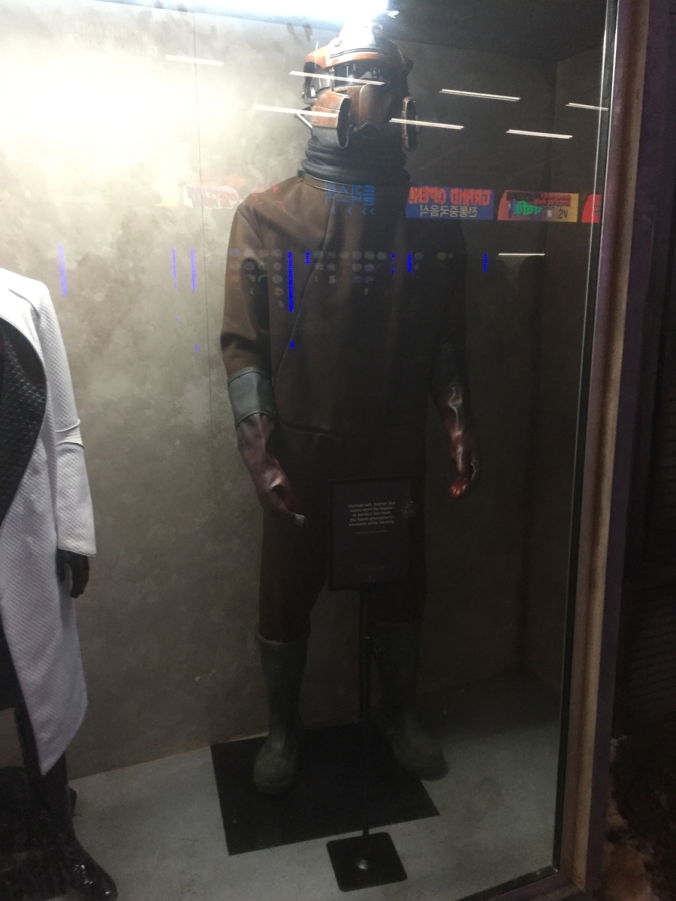 Some sophisticated attire worn by Luv.

Some colorful clothing worn by Mariettte as she cruises Bibi’s Bar.

A custom designed coat with a specially crafted collar to protect Officer K from the elements. 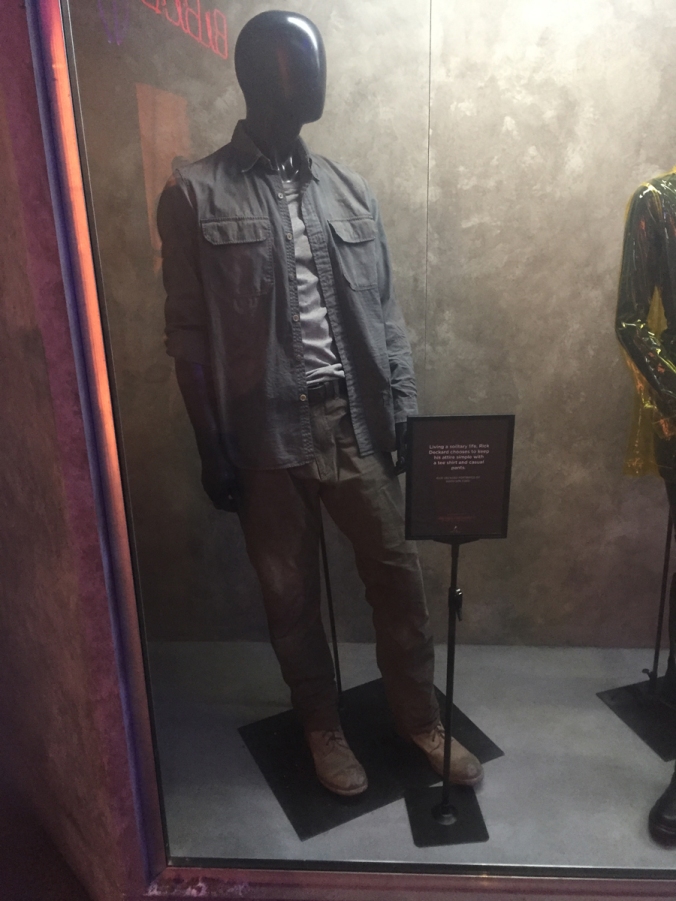