With the revival of David Lynch’s classic television drama, there is a lot of renewed interest in the filming locations of Twin Peaks.  Here, we’ll take a look at the show’s iconic, opening shot, with the sign to the entrance of the fictitious town of Twin Peaks.  You’ll have to head to Snoqualmie, WA to find it, taking a drive down Reinig Road.  There you’ll find Mount Si, which doubles as the titular twin peaks.

You’ll need to drive with the Snoqualmie River facing your right-hand side, looking toward Mount Si to get the exact spot.  It’s not too difficult to locate, as the sign was posted at a point in the road where there is a small shoulder on the right, which comes very close to the river.  The shoulder makes it pretty identifiable and it should be recognizable once you see it.  If you do make it to Snoqualmie, we highly recommend taking time to walk around the river and surrounding area, which is quite beautiful.  Everything remains relatively untouched from how it appeared in the original run of the show. 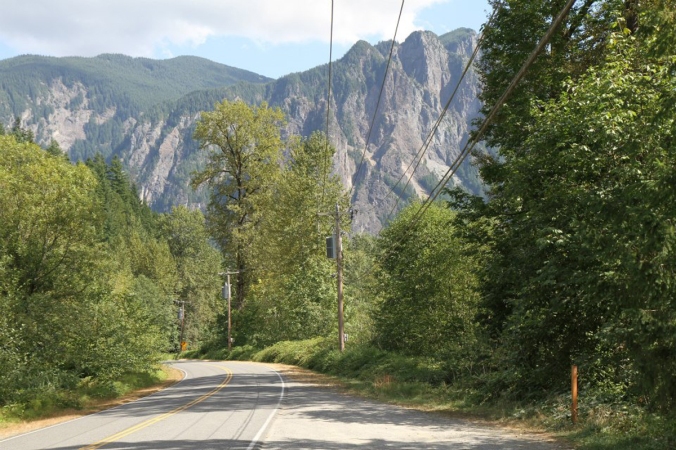 In 2017, to celebrate the revival of the series, Showtime hosted a pop-up exhibition of the Double R Diner in Los Angeles.  The pop-up lasted for one week and has long since closed.  Inside, visitors could find merchandise from the show, memorabilia and even David Lynch’s coffee brand.  The same spot was later used as a pop-up for the “Peach Pit” from “Beverly Hills, 90210.” 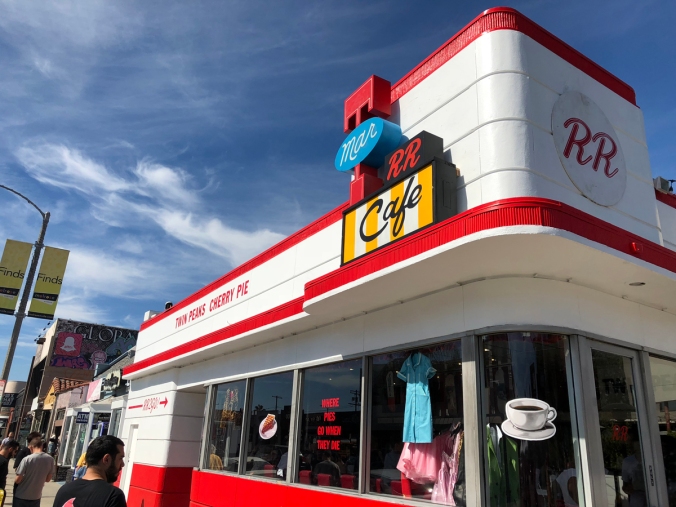