As part of the Jim Henson “Imagination Unlimited” Exhibition at the Skirball Cultural Center in Los Angeles, some puppets and props from Henson’s 1982 film “The Dark Crystal” were on display.  The exhibition ran from June 1 through September 2, 2018.

Here are the Kira and Jen puppets.  Jim Henson served as puppeteer for Jen in the film. 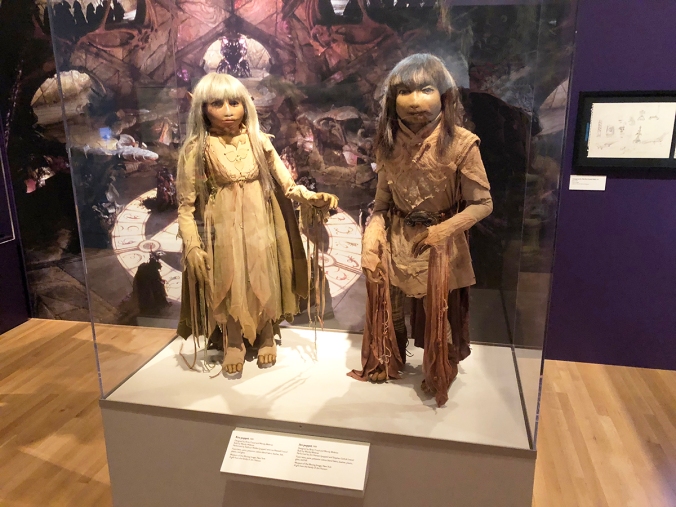 This is the puppet for SkekSil the Chamberlain, for which Frank Oz served as puppeteer.

Some miscellaneous props used by the Skeksis, Mystics and Pod People.

Some tie-in books to the film. 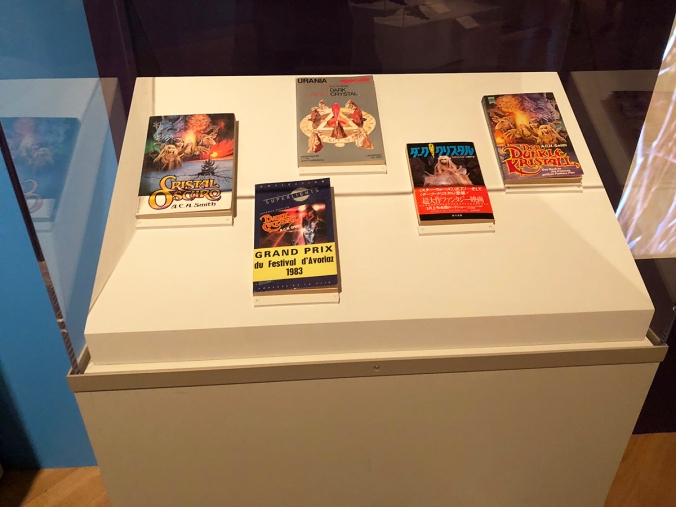 While the exhibition has since closed, all of these pieces were on loan from New York’s Museum of Moving Image (gifted by the family of Jim Henson) and will likely go back on display there at a future date.