The restaurant seen at the beginning and end of the film, where Sydney, played by Philip Baker Hall, meets John, played John C. Reilly, who is sitting outside the doorway, was filmed at Jack’s Cafe in Sparks, Nevada, located just outside of Reno.

The entrance where John C. Reilly is sitting is not the main entrance to the restaurant.  In fact, it’s a side door with an emergency exit sign.  There were several homeless people around this area. 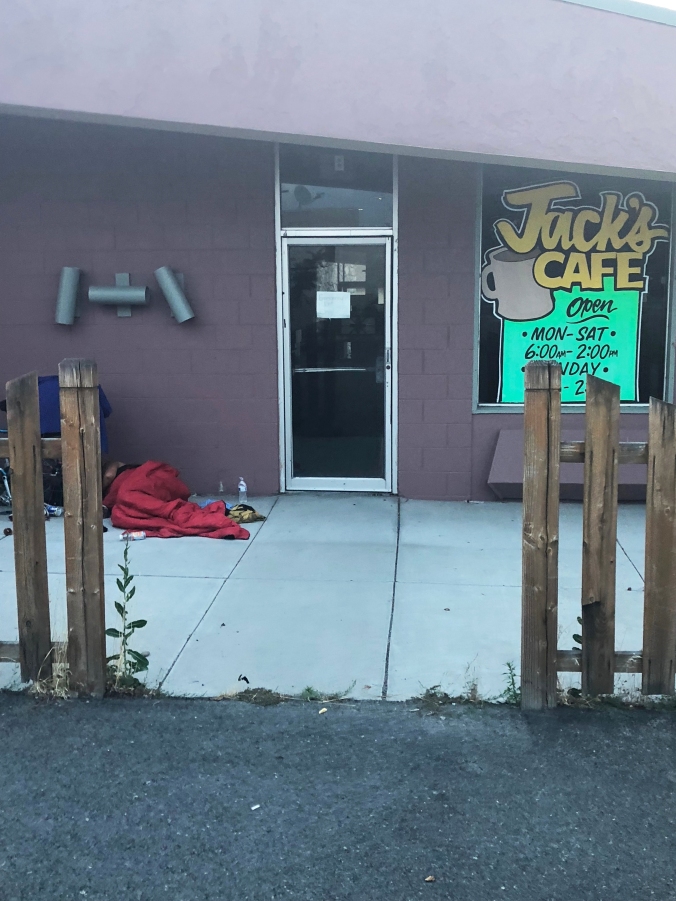 Things take a turn for the worse when John and Clementine, played by Gwyneth Paltrow, find themselves involved in a hostage situation at a motel.  The motel is the Ace Motor Lodge in Reno.  The motel has changed quite a bit from how it appeared in the film and is now more dilapidated.

John can be seen exiting through the front entrance.  The surrounding area has also changed quite a bit from what was seen in the film, as the casinos are no longer beside the motel.

Near the end of the film, Sydney awaits Jimmy, played by Samuel L. Jackson, at his house.