While the majority of Paul Thomas Anderson’s 2007 masterpiece, “There Will Be Blood,” was shot on location at McGuire Ranch in Marfa, Texas, the film’s third act was shot mostly in Beverly Hills, California.  Aside from an exterior, establishing shot of Daniel Plainview’s mansion, which was shot at Thornewood Castle in Washington (8601 N Thorne Ln SW, Lakewood, WA 98498), all of the interiors were shot at Greystone Mansion in Beverly Hills. While the outside of the Greystone grounds is open daily and free to the public, getting inside is a bit more challenging.  The property is owned by the City of Beverly Hills and regularly accommodates productions and private events.  Therefore, only a few times a year is access to the inside of the estate possible.  Planning ahead is required if you’d like to see inside.

Daniel Plainview, played by Daniel Day Lewis, can be seen firing his gun in his house from this hallway. 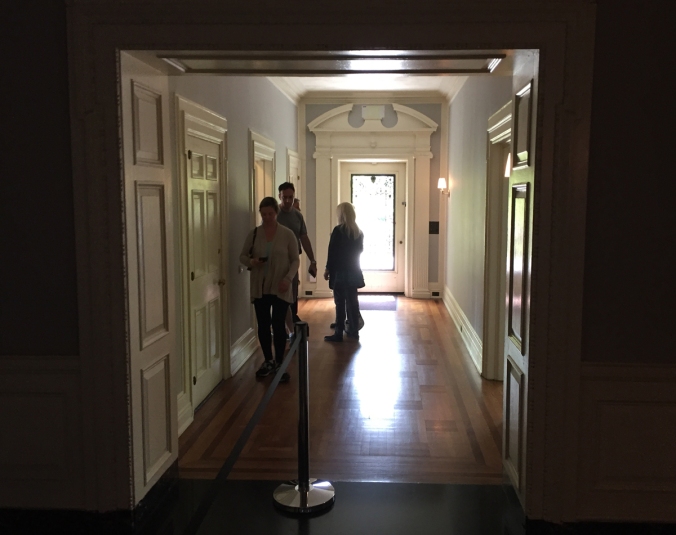 The objects he is shooting at, which his son later steps over when arriving to visit, is seen from the reverse perspective. 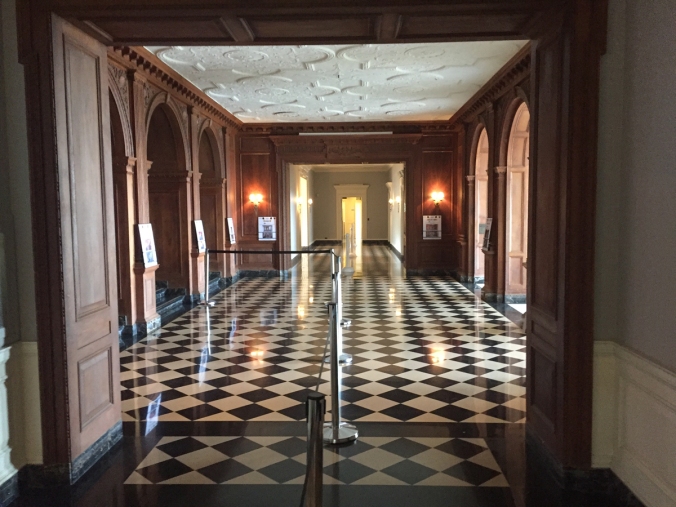 Daniel Plainview can be seen writing checks at this kitchen counter. 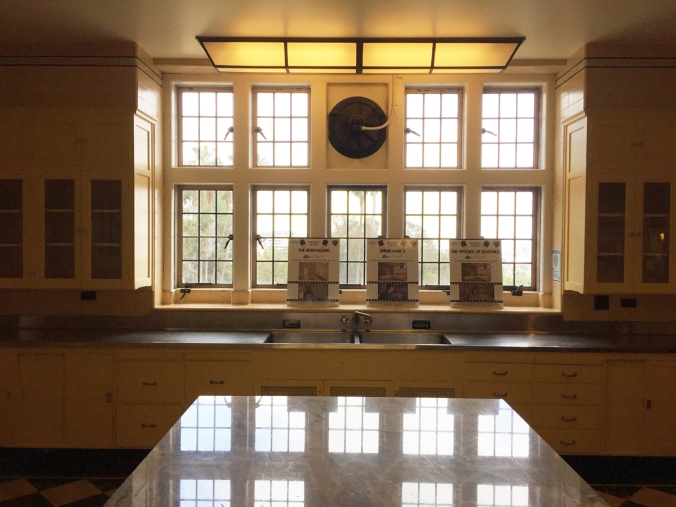 Plainview’s son comes to visit Daniel in his office, which is lit much darker in the film.  This same room can also be seen in “The Big Lebowski,” when The Dude visits The Big Lebowski, as well as in the film “Air Force One.”  This room can actually be seen without gaining entry inside the building.  Just left of the main windows at the front of the mansion, you can usually look through the windows and see this room, unless curtains are blocking it.

Daniel sits at his desk in front of this window, which again is much darker in the film.

A drunken Daniel Plainview is seen stumbling down these stairs, as the film approaches it’s final scenes. 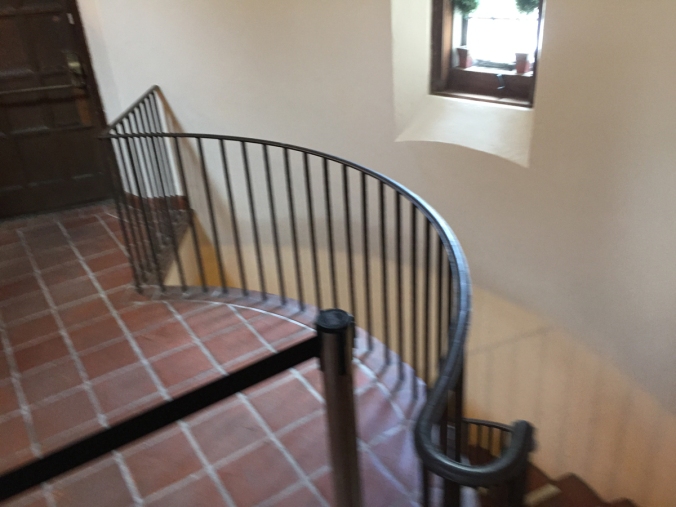 Eli Sunday, played by Paul Dano, pays Daniel a visit and fixes himself a drink at this bar.

In this corner of the bowling alley is where Eli Sunday and Daniel Plainview sit and talk, with Plainview seated on the bowling ball rack.  Daniel demands Eli declare himself a false profit and delivers the famous “I drink your milkshake” speech. The bowling alley was completely restored by the production and the room remains identical to how it appeared in the film.