To promote the release of the Steven Speilberg film “Ready Player One,” Warner Bros. set up a pop-up, interactive maze called the “Ready Player One Challenge,” located on the corner of Hollywood and Vine in Hollywood, California.  It’s the same spot they created “The IT Experience: Neibolt House Hollywood” in 2017.

Visitors were invited to explore the OASIS in an interactive maze, which included A/V installations, interactive displays, nostalgic gaming stations, a store, props and a full-scale recreation of the sets from the film.  Here we’ll take a look primarily at the sets and the props.  The exhibition runs from March 18 – April 1, 2018.

While the film was set in Columbus, Ohio, it was shot in England.  This exhibition allowed visitors to get a real life glimpse at how those sets appeared, in full scale. 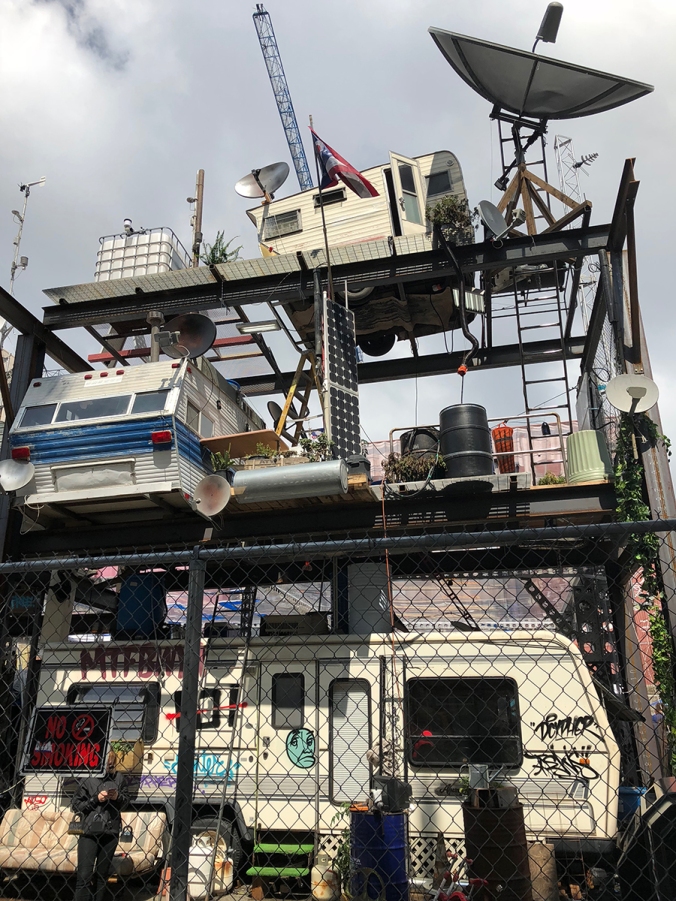 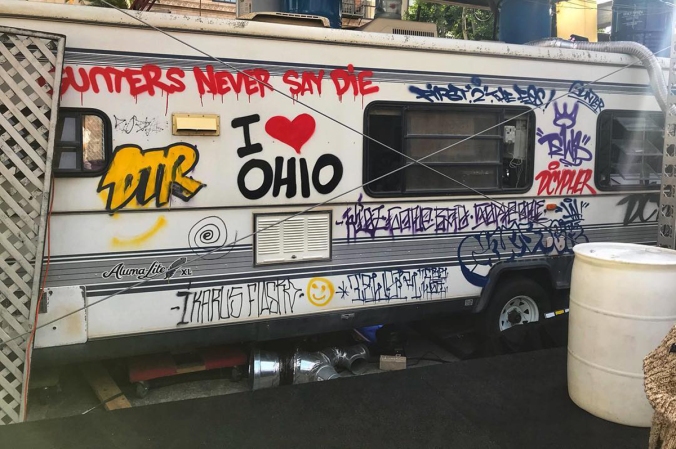 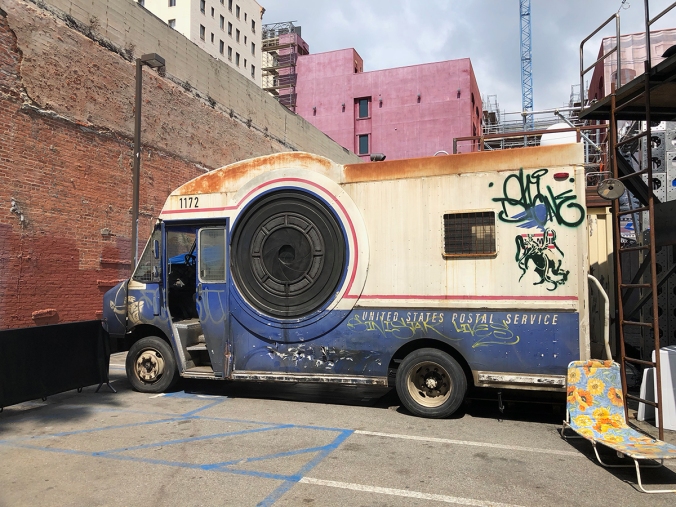 Wade, played by Tye Sheridan, wears this suit as he enters the OASIS. 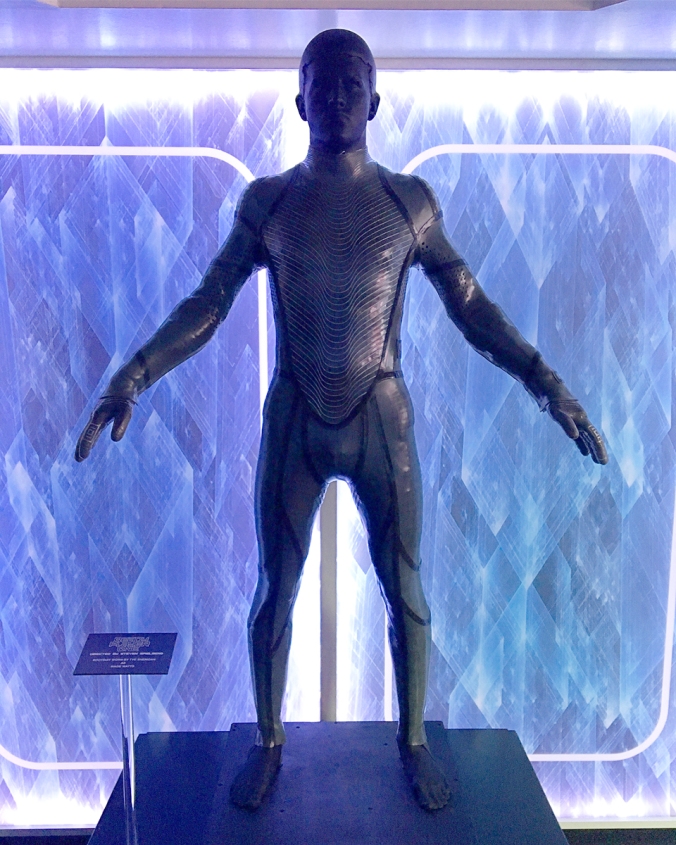 The exhibit also included a time-traveling Delorean, most well-known of course from the “Back To The Future” films.

Some props from the film. 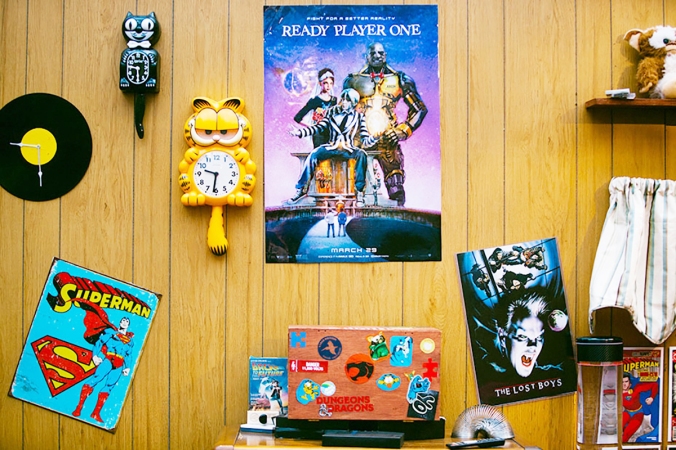 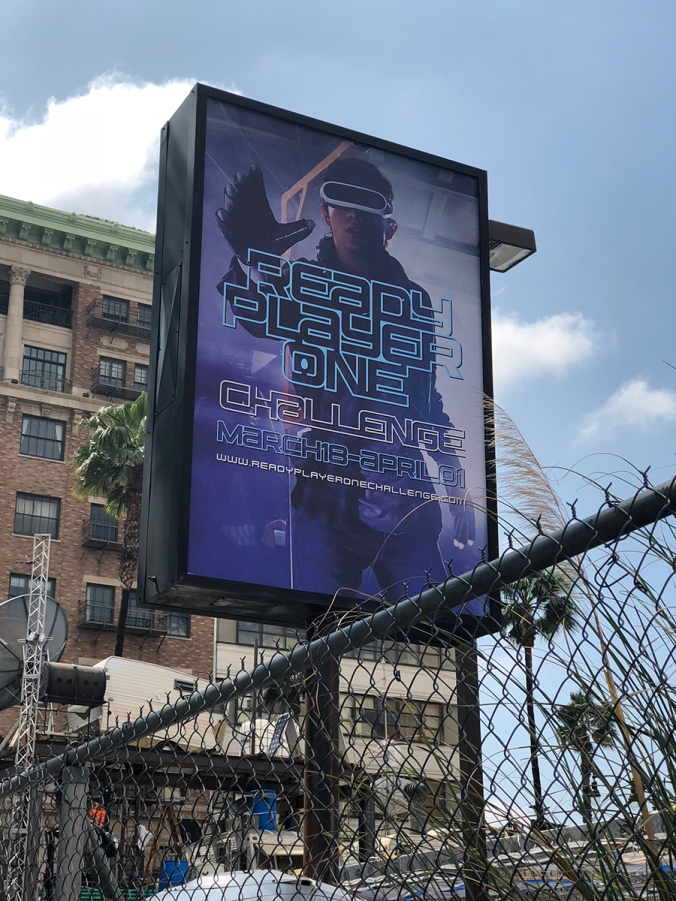