The TV series “Alice,” based on the Martin Scorsese film “Alice Doesn’t Live Here Anymore,” ran from 1976 until 1985.  Linda Lavin plays the titular Alice, a woman working as a waitress at Mel’s Diner.  The show was based in Phoenix, Arizona and there is indeed a Mel’s Diner in Phoenix.  The diner’s sign with the coffee cup was in fact featured in the show.  However, the diner itself was actually a set built in Los Angeles.

The real Mel’s Diner in Phoenix remains in business all these years later and inside they have many photos from the show.  If you do plan to visit, the restaurant is only open during breakfast and lunch hours. 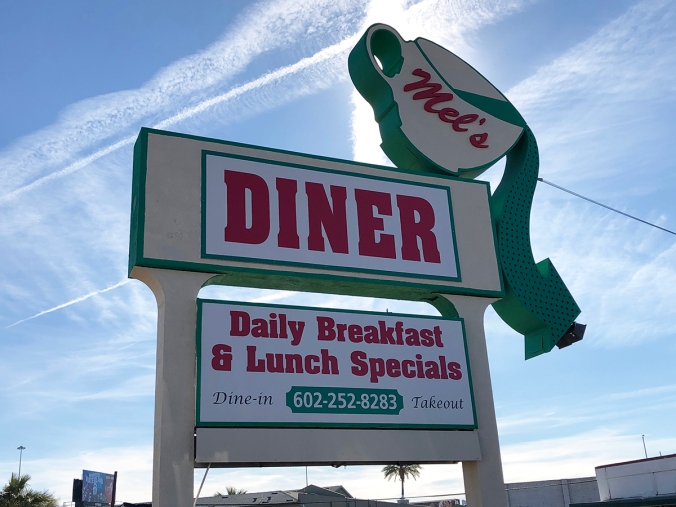