In the 2014 Alejandro G. Iñárritu film “Birdman,” Michael Keaton plays Riggan Thomas, a former superhero actor who is trying to breathe new life into his career by putting on a Broadway play.

The theater where Riggan stages his comeback, and where much of the film takes place, is the St. James Theatre, which really is located right in the heart of Broadway.  Although crafted to look like a single take, the film was in fact shot in many different takes across several locations, which are not always as close together as depicted in the film.  Some of the interior shots of the St. James Theatre, for example, were actually sets built at Kaufman Astoria Studios (34-12 36th St, Astoria, NY 11106). 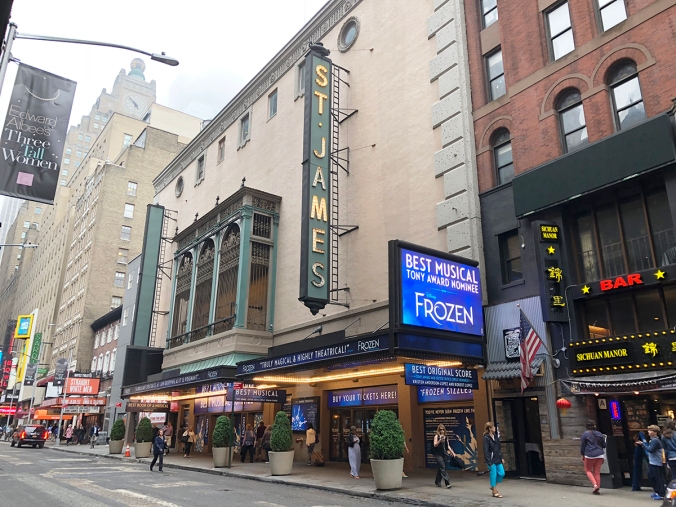 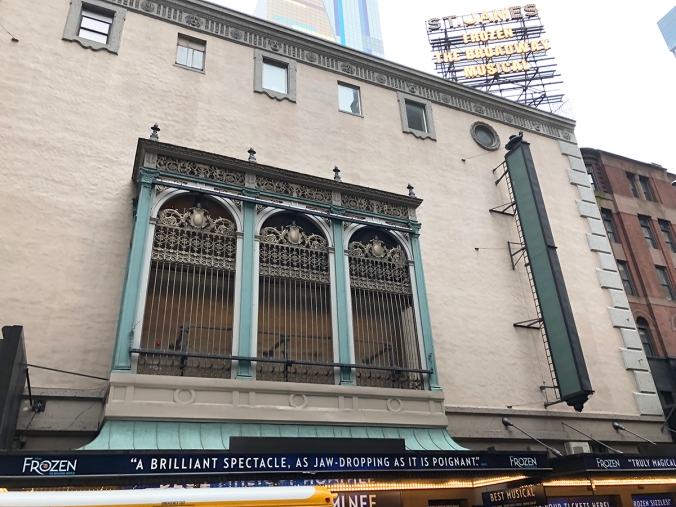 During a couple scenes in the film, Sam, played by Emma Stone, sits on the rooftop of the neighboring Helen Hayes Theatre, where she is joined by Mike, played by Edward Norton.

The Majestic Theatre, which sits across the street, can also be seen many times throughout the film.