The famous cottage featured in the intro to the 1970s television series “Fantasy Island,” while set on a fictional island somewhere in the Pacific Ocean, can actually be found in Arcadia, California.  Ricardo Montalban walks down the front steps, while Hervé Villechaize famously rings from the bell tower.  The house is known as the Queen Anne Cottage and can be found inside the Los Angeles County Arboretum and Botanic Garden.  While the house is perched beside a lake, it’s nowhere near any island. 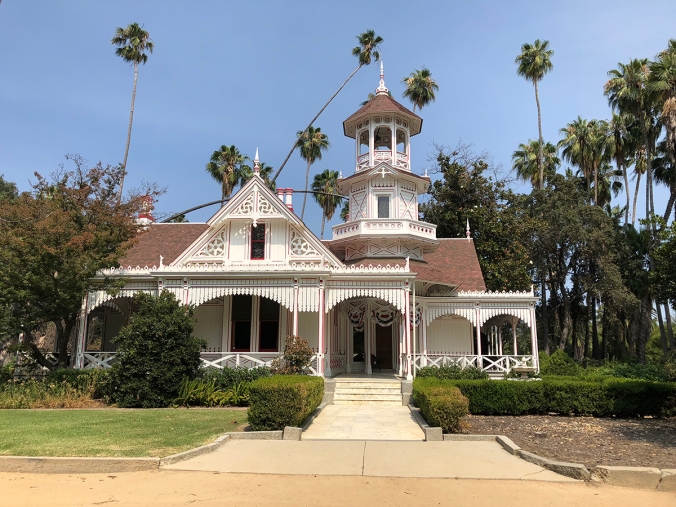 A closer look at the bell tower, where Tatoo famously shouted, “The plane!  The plane!” 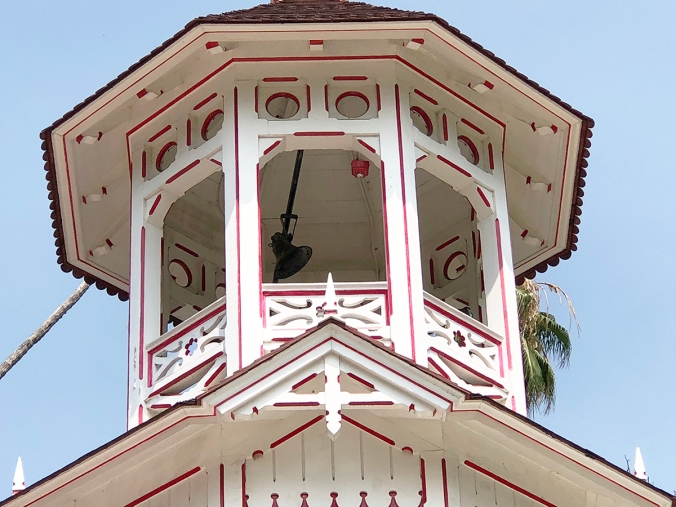