The house where Malorie, played by Sandra Bullock, takes shelter with a group of strangers for much of the 2018 film “Bird Box” can be found in Monrovia, California.

As Malorie and Jessica, played by Sarah Paulson, see chaos breaking out in the streets, they are driving down Main Street in La Puente. The same street was featured in the film “Halloween H20.”

They continue driving down Main Street.

La Puente appears again later in the film as the group of survivors make their way to a grocery market.

The market the group visits is Fields Market in Canoga Park.  The store is a staple of film and television, appearing in such films as “Lady Bird,” “Matchstick Men” and “Birds Of Prey: And The Fantabulous Emancipation Of One Harley Quinn,” as well as such television shows as “Desperate Housewives,” “American Horror Story” and dozens more.  It has also been seen in countless commercials and music videos.  In the film, the group is seen entering from this side door.

The house from the 1992 comedy “Encino Man” is not actually located in Encino.  Instead, the home can be found in the neighborhood of West Hills, California. 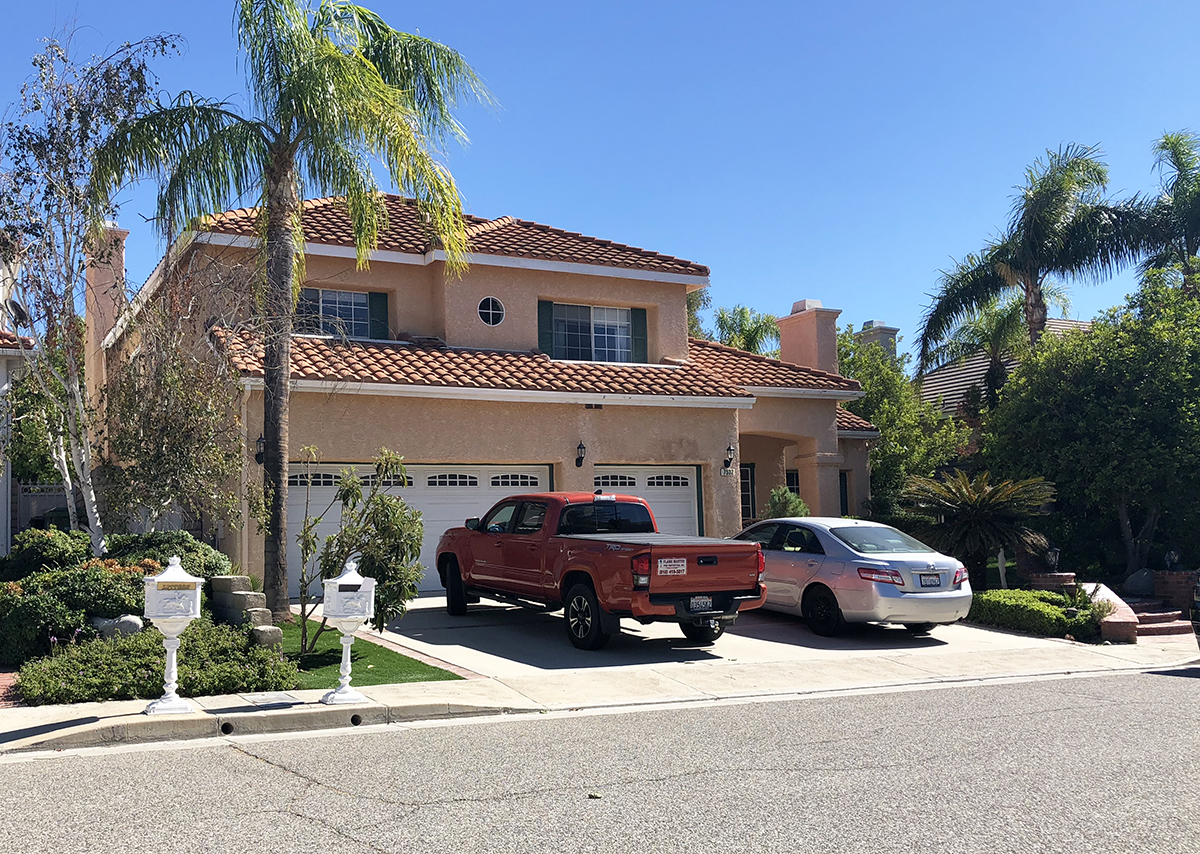 The 80s comedy “Fast Times at Ridgemont High,” like so many other films of that era, shot in the San Fernando Valley, north of Los Angeles, California.

The mall scenes in the film were shot at the Sherman Oaks Galleria, which has since been completely remodeled and looks nothing like it did in the film, so we’ve opted to omit it here.  However, it can be found at 15301 Ventura Blvd, Sherman Oaks, CA 91403.

Brad, played by Judge Reinhold, and Stacy Hamilton, played by Jennifer Jason Leigh, live at this house in West Hills, but it’s mostly remembered for the pool scene with Phoebe Cates.  That scene really was filmed at the pool in the back yard, which is unfortunately not visible from outside of the property.  Visitors can still see the front of the house, however, which is shown several times in the film.

“The Point,” where Stacy loses her virginity later in the film, was shot at the Mid Valley Youth Baseball fields in Encino.  There are quite a number of fields here, which can be confusing, but each of them is numbered.  The field from the film is field 4 and the dugout from the film is the third base dugout.

As snow falls on “O’Hara’s Pub” in the opening scenes of Terry Zwigoff’s “Bad Santa,” the sunny streets of Venice, California are probably the last thought in the minds of the viewers.  However, that’s exactly where the scenes were shot, at a store front along the famous Abbot Kinney Boulevard.  A wooden facade was partially built over the store front, along with a neon sign, with only the outer brick lining still visible.  It’s located just a couple doors down from the record label where Paul Rudd works in “This Is 40.”

Willie, played by Billy Bob Thorton, hides out at Thurman Merman’s house.  The real house is located in a somewhat upscale neighborhood in West Hills, California.