In the opening scene of the 1999 comedy “Jawbreaker,” Courtney, played by Rose McGowan, along with Julie (rebecca Gayheart) and Marcie (Julie Benz) visit the home of Liz Purr, played by Charlotte Ayanna.  Liz’s house can be found in the Hancock Park neighborhood of Los Angeles, California.  Unfortunately, since filming ended, quite a few trees and shrubs have been planted and almost completely obscure all visibility of the home.

The car park where Liz is taken was filmed at the former Johnie’s Broiler in Downey.  The restaurant has a unique history, having appeared in many other films, such as “Heat,” “Short Cuts,” “License To Drive,” “The Game,” “One Hour Photo” and many more.  In 2007, the building was unfortunately demolished.  However, Bob’s Big Boy purchased the property years later and rebuilt it based on the original blueprints and even some of the same materials.  So what stands now closely resembles the original location.

The house from “The Fresh Prince of Bel-Air” is notoriously difficult to see from the street, as is it obscured by a gate, fencing, shrubs and trees.  However, if there are a few areas you can get a fairly unobstructed photo. 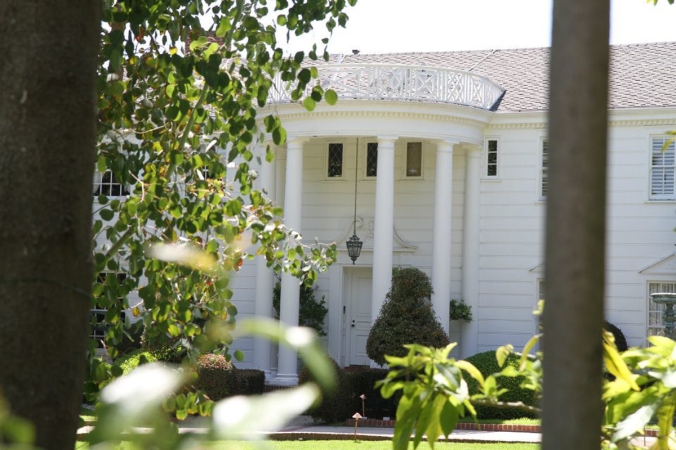