Film locations are of course not limited only to the United States and neither are we!  Several sequences in Marvel’s “Avengers: Age Of Ultron” were shot in Seoul, South Korea.

Ultron tries to force Dr. Helen Cho to make him a new body at U-Gin Genetics Research Lab, where Captain America later shows up.  The research lab is in fact a cultural building used for restaurants, exhibitions, conferences and performances on the Some Sevit Floating Islands.  The islands were man-made on the banks of the Han River, in an effort to bring more cultural activity to the area.  There are three islands there, which are all interconnected.  The research lab building is on the largest of the three islands; Some Gavit.  The building was designed to resemble a flower in full bloom.  All three islands can be easily accessed by foot, don’t be mislead by the “island” distinction. 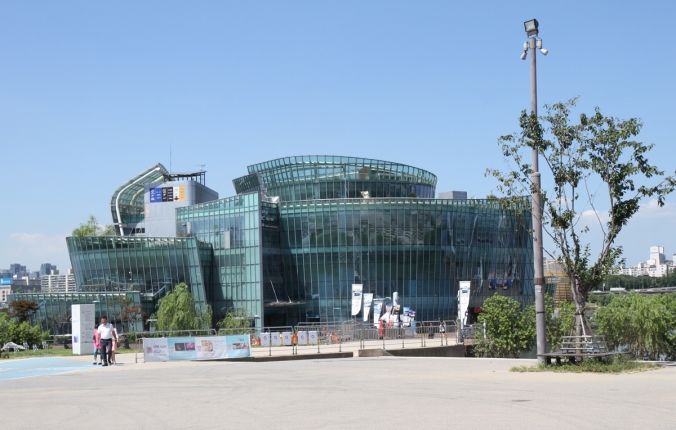 Later in the film, Captain America, Hawkeye and Black Widow are in pursuit of Ultron in an action piece that takes place all over the streets of Seoul.  It would be exhaustive trying to cover every street piece, so instead we’ll highlight one key area.  Hawkeye and Black Widow soar in a jet over this sculpture in front of the MBC building.  MBC is one of the major broadcast stations of South Korea.  Several other broadcast stations’ headquarters can also be found in this area. 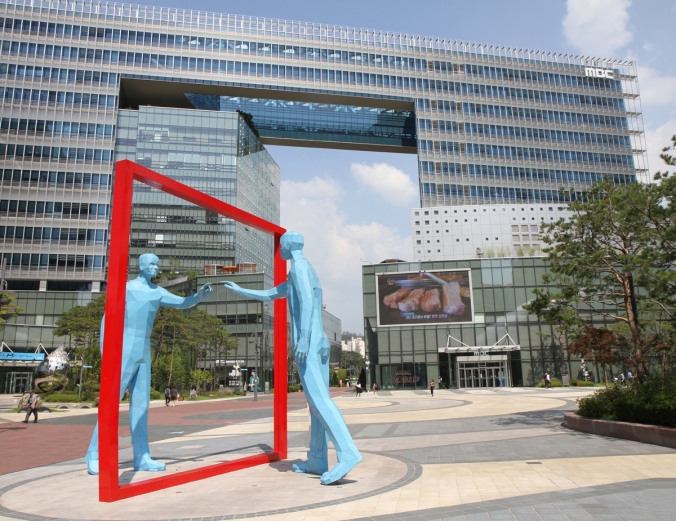 They even commemorated the shooting of the film by placing a Captain America shield and Avengers plaque in the ground at the base of the sculpture. 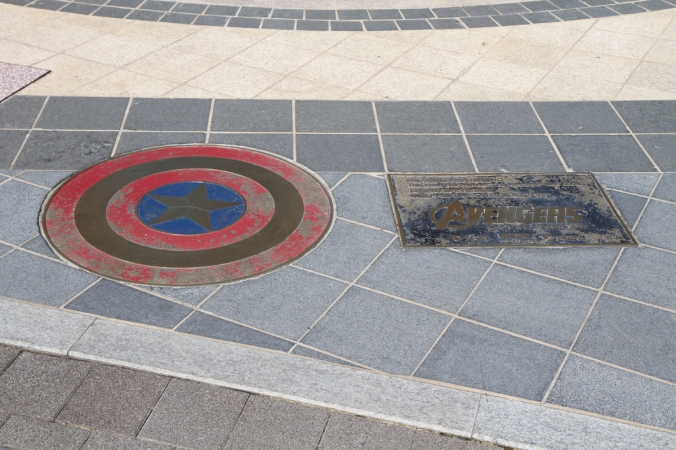 There is also a video monitor at the location, which plays the Seoul action sequences from the film on repeated rotation.  Below the video screen is information (in Korean) about the shooting of the film at this location.  It’s always a pleasure to see locations embrace and commemorate films in this manor. 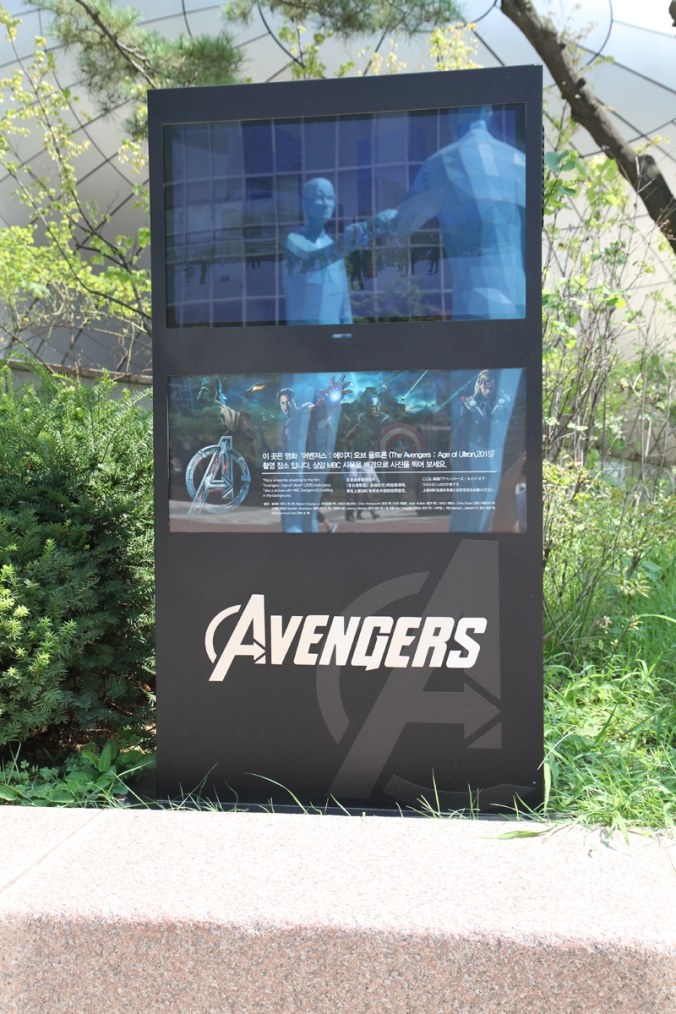