While set in the state of Alabama, the 1991 film “Fried Green Tomatoes,” starring Kathy Bates and Jessica Tandy, was filmed almost entirely in Georgia.

Early in the film, the Threadgoode house, where a young Idgie (Mary Stuart Masterson) and her brother Buddy (Chris O’Donnell) live, can be found in the town of Senoia.   Decades after “Fried Green Tomatoes” completed filming, Senoia filming locations would become synonymous with a much different kind of production; “The Walking Dead.”  This house is known as the Travis-McDaniel house.  The home sits at the corner of Travis St and Bride St. 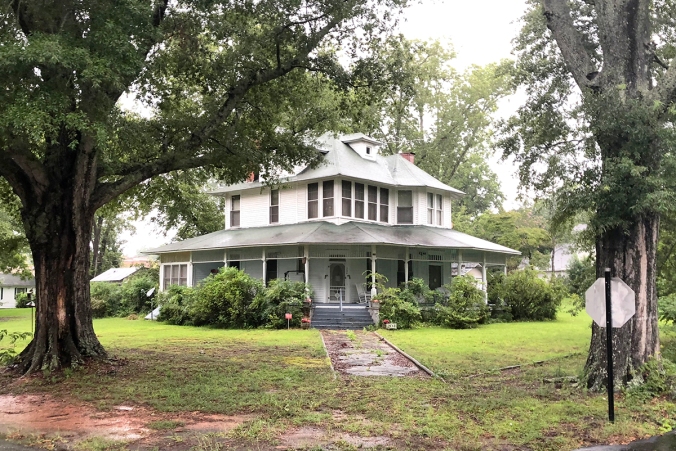 The bridge and train tracks where Buddy gets into an accident is literally right across the street from the Travis-McDaniel house, at the same corner of Travis St and Bridge St.  There is even an early shot in the film showing Buddy cross the street from the bridge to the house.  For those looking to get to these tracks beneath the bridge, there’s no need to attempt to climb down the steep embankment.  It levels off with the tracks for easy access about one block down, at the corner of Travis St and Clark St, where you can walk your way back up the tracks.  The train tracks more or less reach a dead end there as well, running off into a reclaimed horizon of trees and woods.

The most famous location from the film is of course the Whistle Stop Cafe, found in the town of Juliette, Georgia.  It is a real, operational cafe and they do indeed serve fried green tomatoes.  Visitors should note, however, the cafe is open daily during only lunch hours.  The entire town embraces it’s connection to the film and really, the businesses there survive because of it, attracting tourists from around the country seeking out the locations.  Mostly, you’ll find food and antiques there, but there are a few other novelties, which we’ll try to cover.  First, we’ll look at the cafe itself.

The window advertises fried green tomatoes, just like in the film. 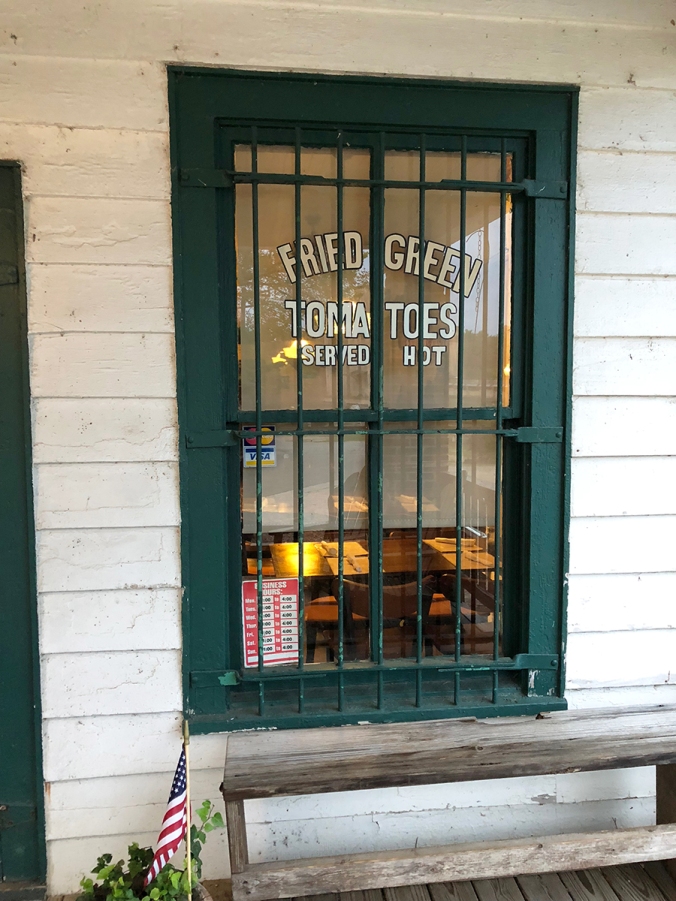 A view of the porch of the Whistle Stop Cafe. 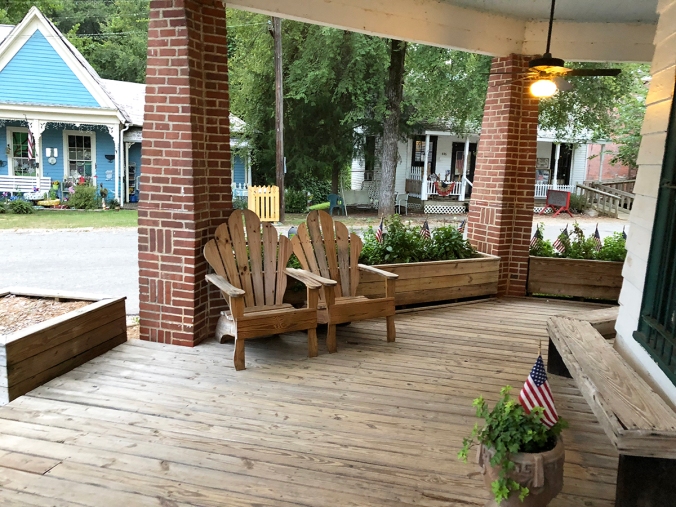 And a look inside.

A poster for the film can be found on the wall, with a chair in front for photos. 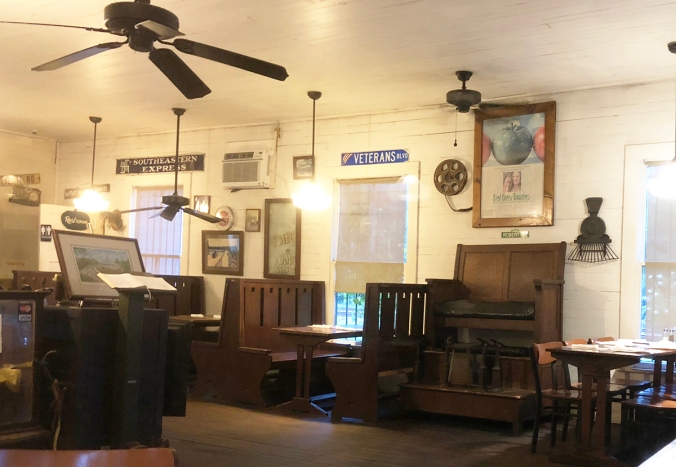 Behind the cafe is the barbecue pit where Big George cooks. 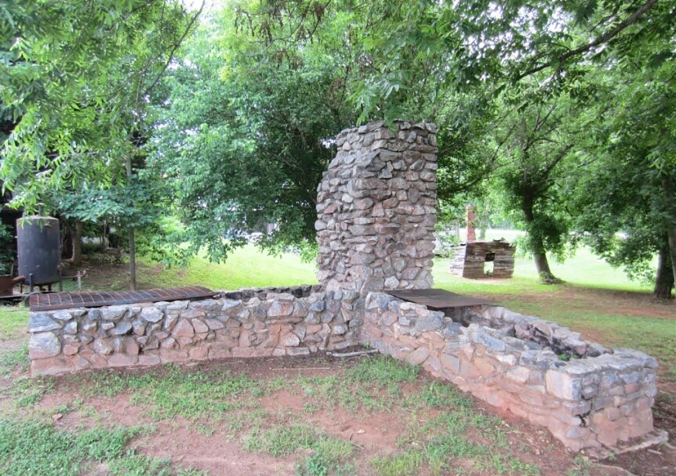 A look at the train tracks next to the cafe.  As you can see, the train depot building is no longer there. 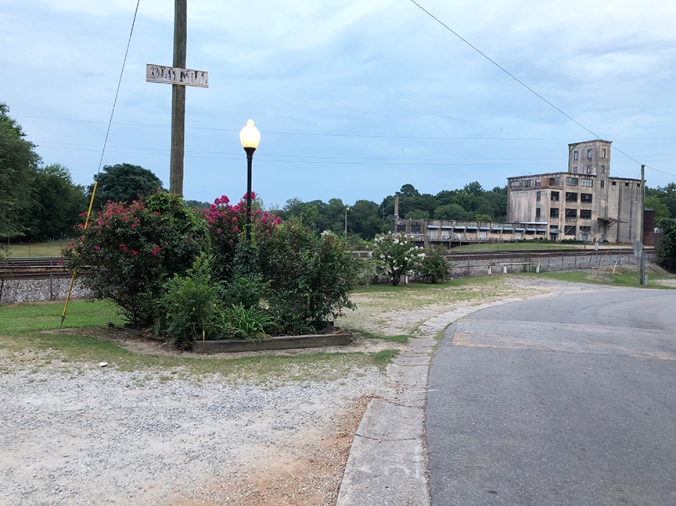 This building across the street refers to itself as “Ruth and Idgie’s Place.” 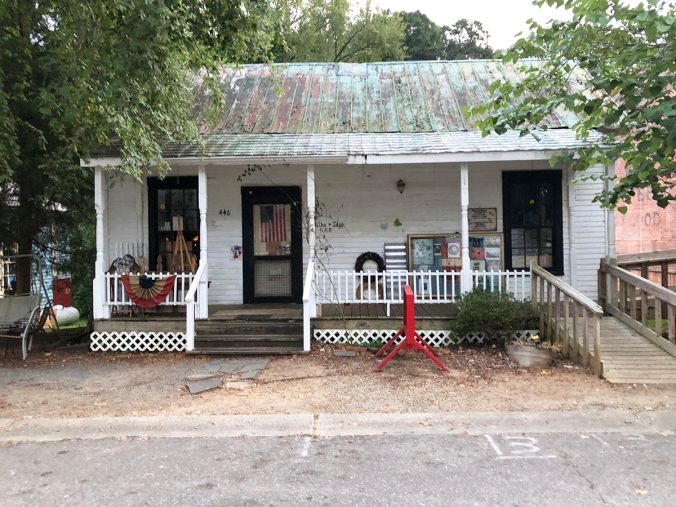 A few other surrounding buildings, briefly seen in the film. 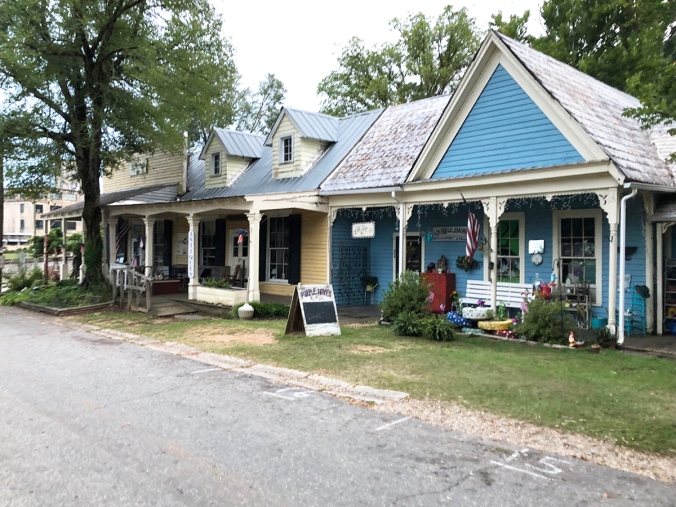 There are several “grave sites” for characters from the film found around the buildings.  Here is one for Buddy and Ruth.

And one for Frank Bennett.

Last, but not least, one for Buddy Jr’s arm. 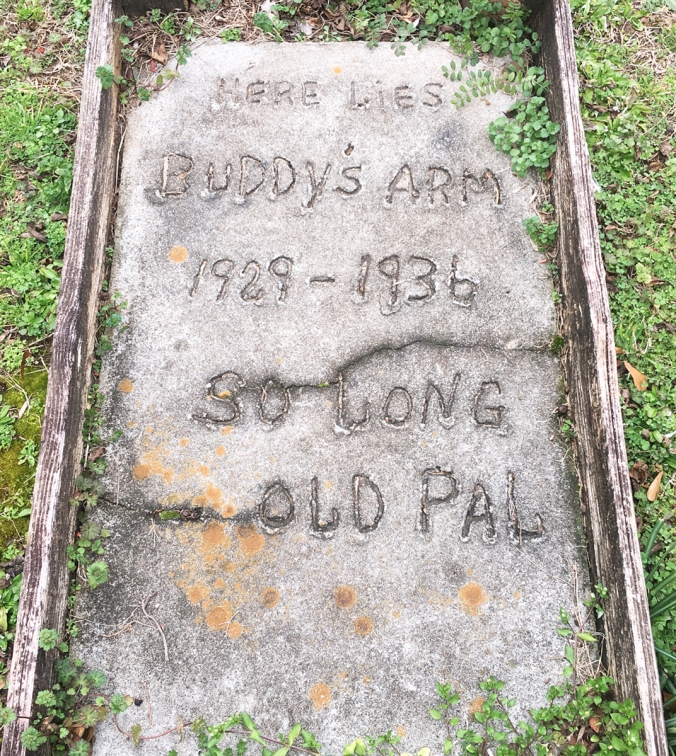 If you’re a film location fan like us, it’s definitely worth it to take the detour from Atlanta over to the smaller towns of Senoia and Juliette.  While you’re in Juliette, be sure to also check out the bridge from the end of the film “Baby Driver.”