Edgar Wright’s 2017 film “Baby Driver” was filmed in Atlanta, Georgia and the surrounding areas.  The opening shot of the bank was filmed at the Candler Building on Peachtree St in Atlanta.  However, the entrance seen in the film faces John Wesley Dobbs Ave NE.

Baby, played by Ansel Elgort, parks the getaway car across the street.

For the opening titles, Baby exits the Healey Building, which is where his boss Doc, played by Kevin Spacey, sets up the heists.  The camera looks up to the sky, with some visual effects added to make the building look even taller than it actually is. 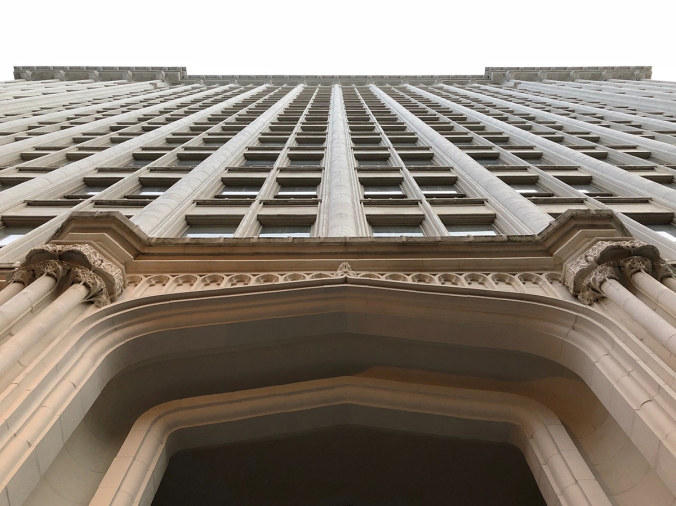 The camera pans down to Baby exiting the building. 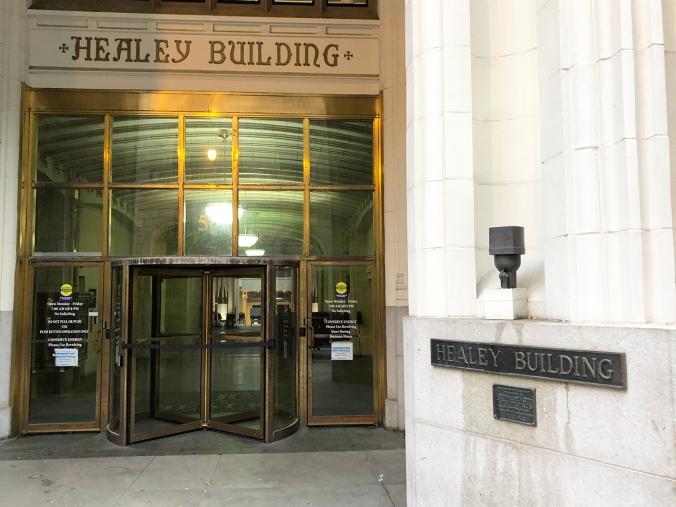 He then starts dancing as he walks down the sidewalk listening to his music. 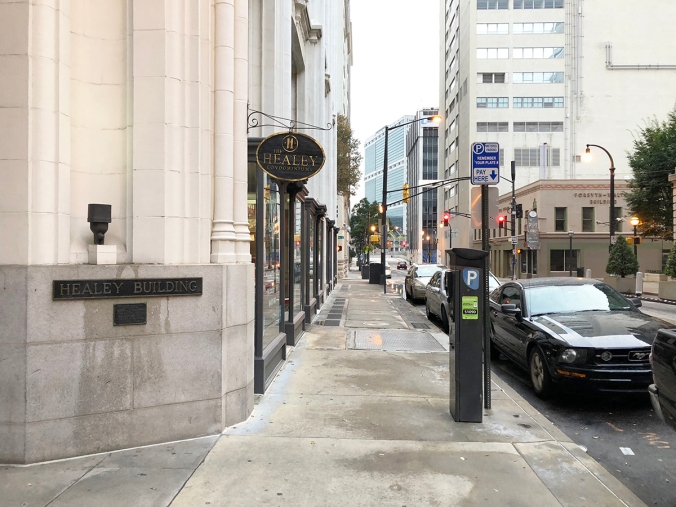 After making his way down Forsyth St, he crosses here and nearly gets hit by a car.

His arrives at a coffee shop, where he first sees Debora, played by Lily James, passing by outside.  His entire walk during the opening credits is an unbroken shot, meaning you can follow Baby’s exact path if you’re so inclined. 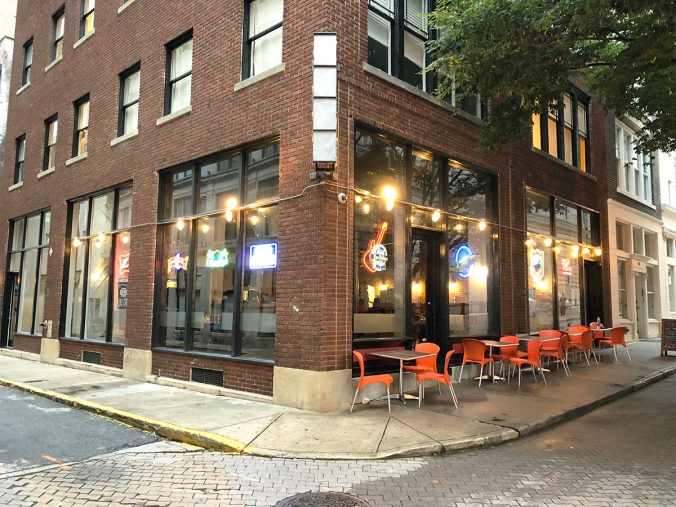 Debora works at the former Uncle Chucky’s Diner in Forest Park, which has since closed.  The building currently sits vacant.  It can be tricky to access, as the address is on GA-85, but the restaurant actually sits bit further back from the road, with no direct entrance from GA-85.  Instead, you need to take a couple side roads to access it.

The next bank robbery, which goes awry, is a bit north of Downtown Atlanta.  This building also currently sits vacant. 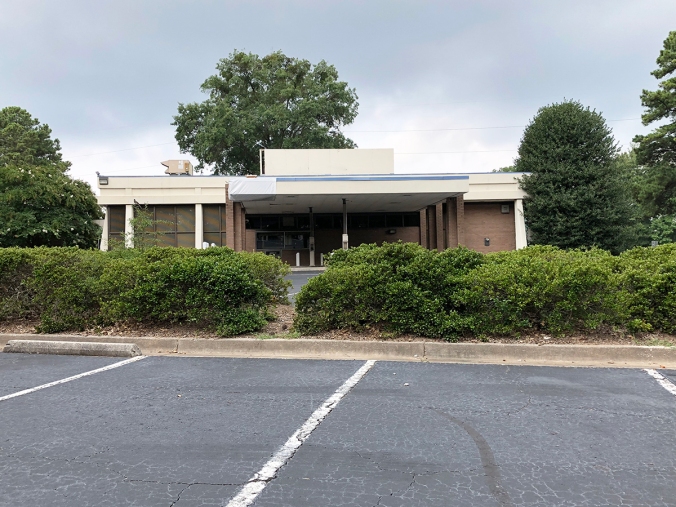 Baby and Doc case the post office for their next potential heist.  The exterior was filmed at Dahlberg Hall in Atlanta.

The climax of the film was shot at the Jerry Wadley Memorial Bridge in Juliette, about 70 miles south of Atlanta.  It’s located very close to another famous filming location in Juliette; the Whistle Stop Cafe from “Fried Green Tomatoes.”