David Fincher’s 1997 thriller “The Game” mostly shot around the San Francisco area.  However, the home of Nicholas van Orton, played by Michael Douglas, is tucked away in Woodside, California.  The house is known as the “Filoli Mansion.”  The house has also been seen in the films “Heaven Can Wait,” “George of the Jungle,” “The Joy Luck Club” and the 1980s TV drama “Dynasty.”

It is not a private residence and tours of the property are open to the public.  There are a couple things to keep in mind, however, if you do plan a visit.  First of all, the house can be tricky to locate if you’re using GPS.  The property is not visible at all from Cañada Road.  All you’ll see is land and trees.  Also, most GPS systems do not show the driveway to the property, which is off to the side a short drive, so it’ll appear on most maps as having no access.  This is not the case of course.  Simply head past the house until you see an opening to the north.  This driveway will lead you up to the guard house.  The second thing to keep in mind is the property is intermittently closed.  Anything from special events to seasonal closings may prevent you from visiting, so be sure to schedule in advance and verify the place is open when you plan on stopping.

Later in the film, Nicholas visits the home of Christine, played by Deborah Kara Unger, where they soon finds themselves under attack.  This location can actually be found in Los Angeles, not far from Dodger Stadium. 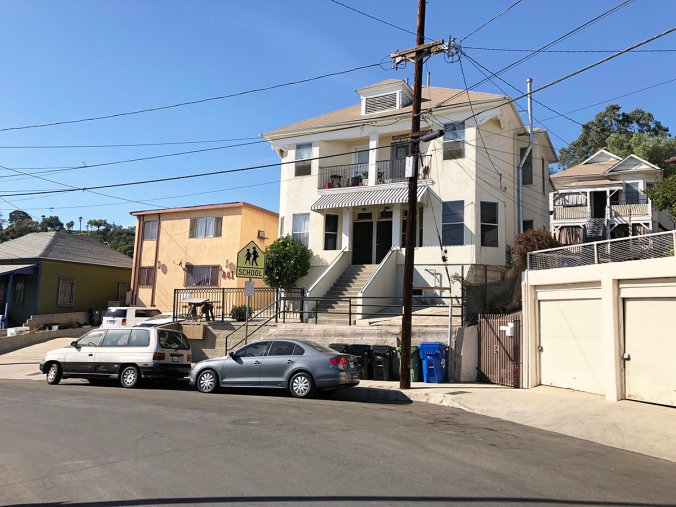 After escaping from Mexico, Nicholas visits the former Johnie’s Broiler in Downey, where he attempts to get a ride back to San Francisco.  The restaurant has a unique history, having appeared in many other films, such as “Heat,” “Short Cuts,” “License To Drive,” “One Hour Photo” and many more.  In 2007, the building was unfortunately demolished.  However, Bob’s Big Boy purchased the property years later and rebuilt it based on the original blueprints and even some of the same materials.  So what stands now closely resembles what was seen in the film.