The cult 1980s film “The Monster Squad” shot mostly on studio lots, but there are a couple real world locations.  The school the boys attend is the Richland Avenue Elementary School in Los Angeles.

One of those more memorable locations was the house of the “Scary German Guy.”  It could be found in Santa Monica, but as is often the case around Southern California, new owners came along, demolished the property and built a more modern house in it’s place.  Below is what it looked like before it was destroyed. 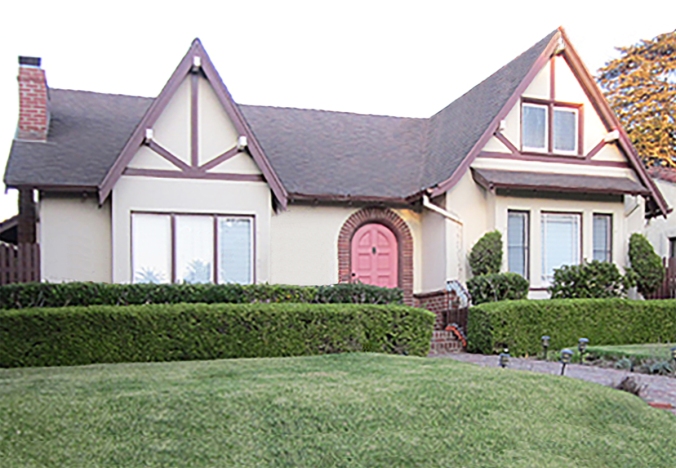 Sean’s house was a facade, located on the Warner Bros. Ranch in Burbank.  This studio lot is separate from the main Warner backlot and unfortunately not open to public tours.  The appearance has since changed a bit, but the house still bears some resemblance to how it appeared in the film.  The same house was used in the 1970s TV series “The Partridge Family.”

The climactic battle against the monsters was filmed on the main Warner backlot, which is of course open to tours.  The boys make their way to this church, which was also seen in another 1980s horror classic, “The Lost Boys.”

Here is a wider view of the town square, which was also famously used as the fictional town of “Stars Hollow” in the TV show “Gilmore Girls.” 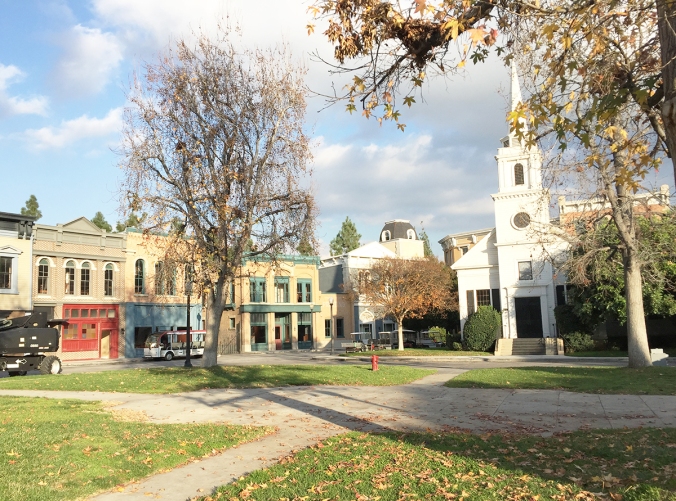 Dracula stands in front of this house, which is another facade on the Warner lot.  The same home was seen in “Gremlins” and the TV series “Growing Pains.”

Seeing the locations of “The Monster Squad” is a tricky proposition, as it involves a mixture of studio and real world locations, not all of which we covered here.  Whether you’re a nostalgic fan from the film’s initial release, or a new fan just discovering it for the first time, “The Monster Squad” continues to have an undeniable cult following.