Many people have taken tours of the Hollywood film studios, such as Warner Bros., Paramount, Universal, etc.  However, many other countries offer tours around their studios and backlots as well.  Here we’ll take a look at Namyangju Film Studio in South Korea, located in Gyeonggi-do, about an hour outside of Seoul. 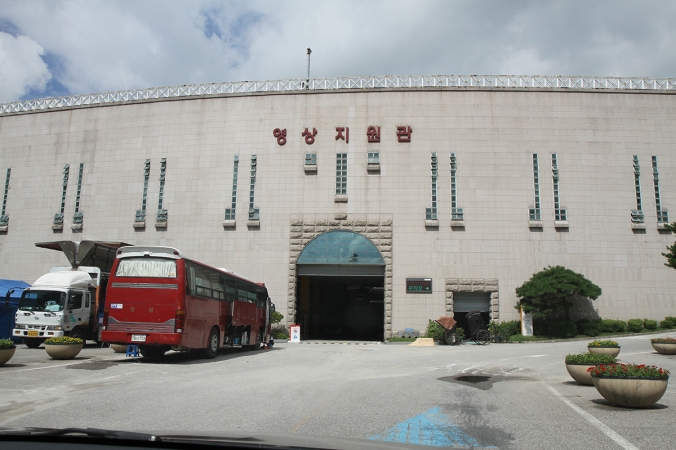 The reverse view from atop of the same building, which is pretty spectacular.  As you can see, the studio is tucked away in the Korean countryside, far away from the city lights.

One of the most internationally famous films to shoot at the studio was Chan-Wook Park’s “Joint Security Area.” 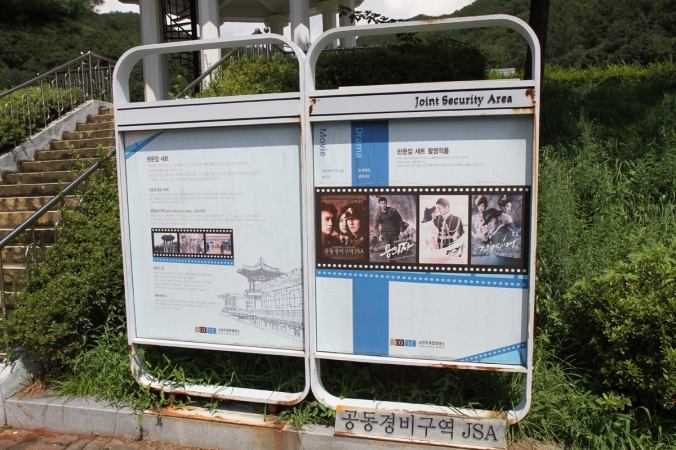 The production built an entire, full scale recreation of the Joint Security Area, a highly militarized section of the border between North and South Korea, intended to hold discussions between the two sides.  Obviously filming a movie in the real J.S.A. would not be possible.  Even though the Chan-Wook Park film was completed decades ago, to this day, the set on Namyangji remains the go-to spot for pretty much all South Korean productions looking to film scenes set in the J.S.A.  We did a separate article on this particular set here. 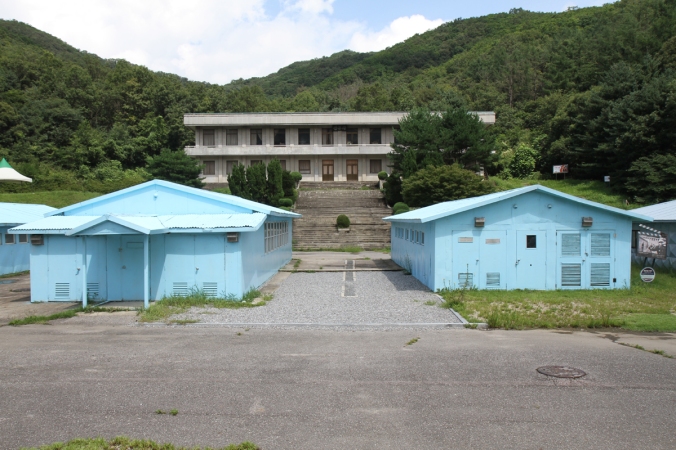 A tank and some military vehicles from the 2015 film “The Long Way Home” (a.k.a. “Seoboojeonsun”). 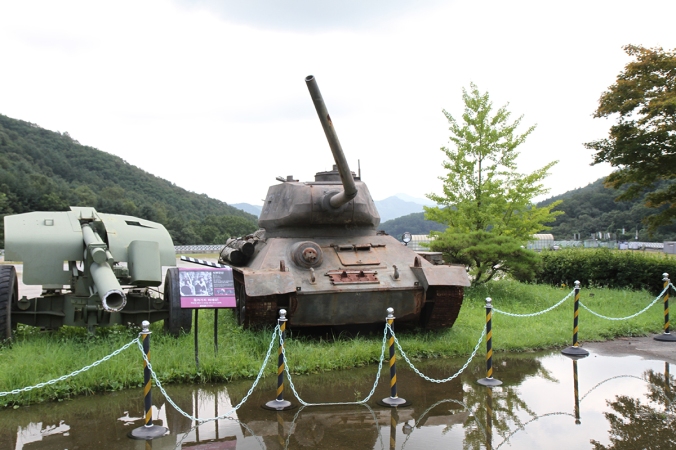 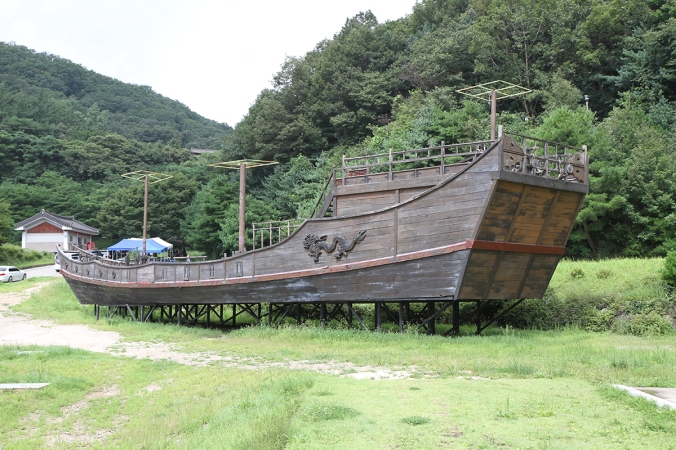 There is also a set for an entire old, traditional Korean village at the studio, but it was being used for filming the day of our visit, so unfortunately our views of this area were limited. 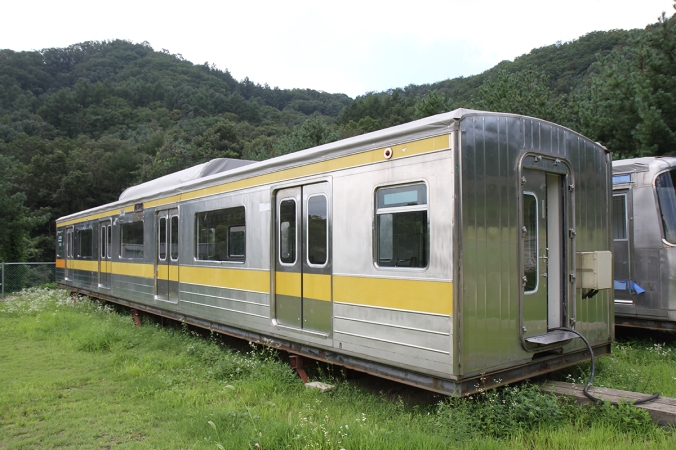 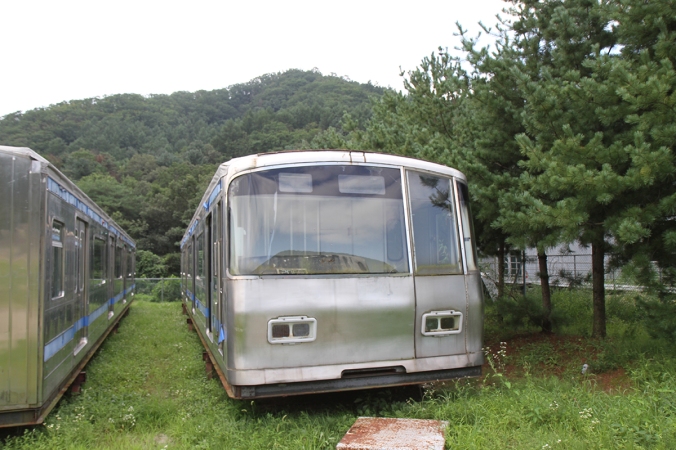 Some interesting paintings along the walls as you head into the interior portions of the studio.

This contraption was sitting outside of the studio.

A rope bridge in front of a blue screen, where visitors can simulate crossing a treacherous passing. 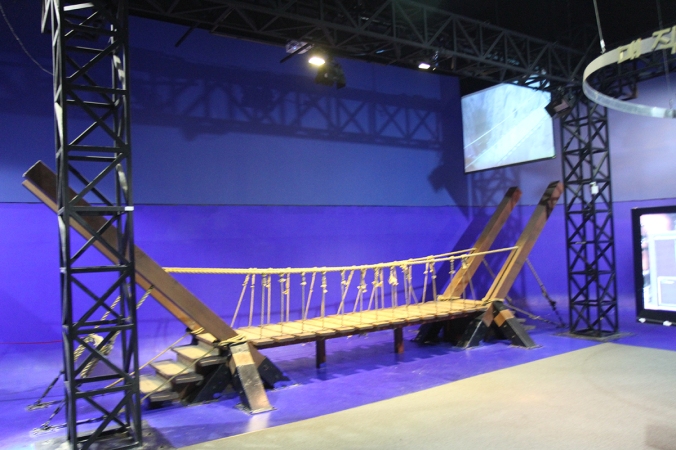 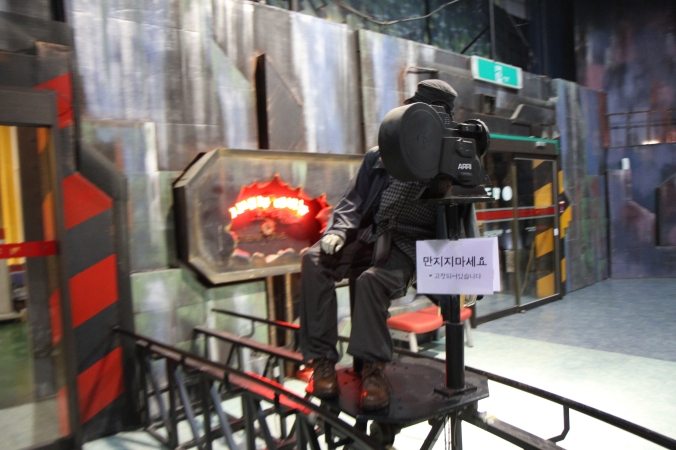 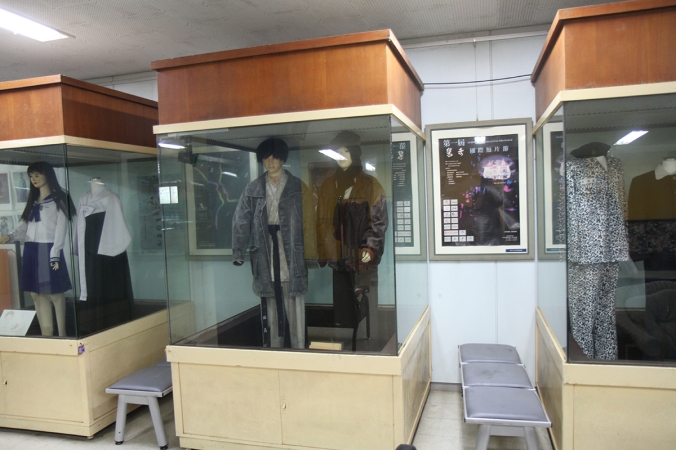 Some excellent models and miniatures. 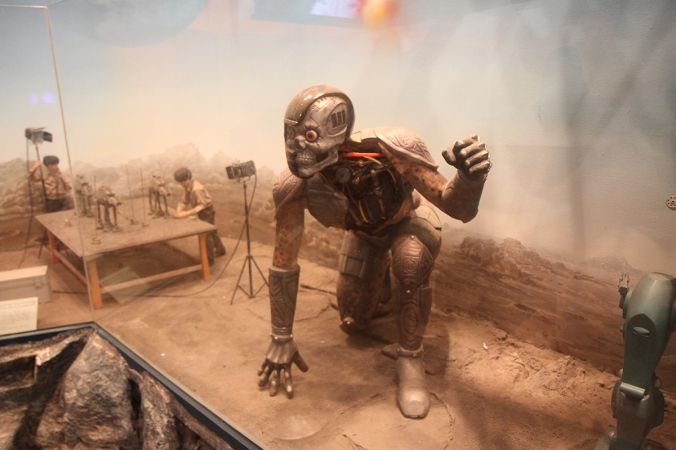 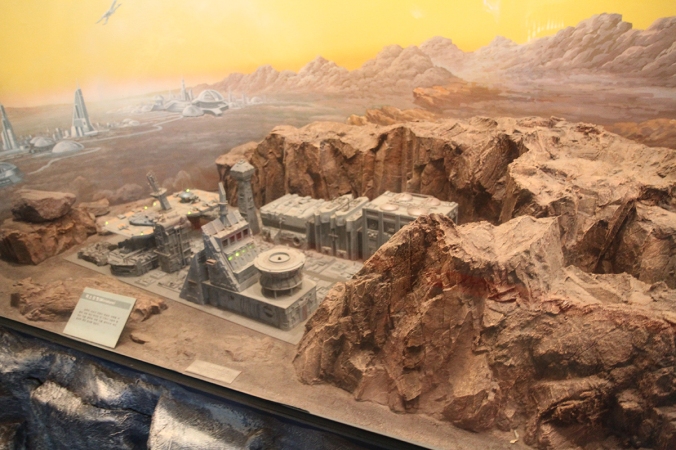 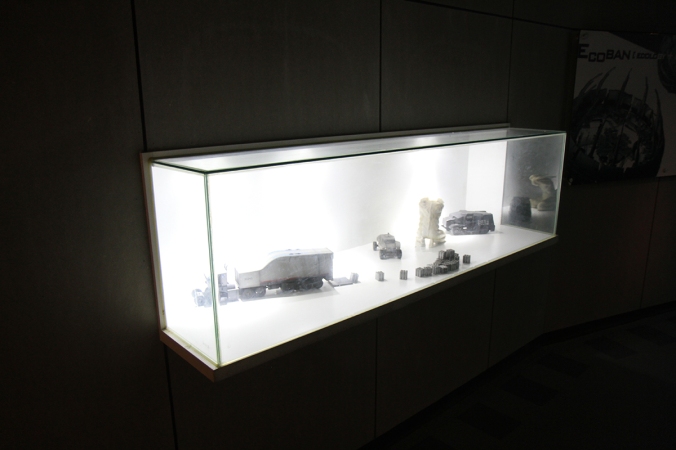 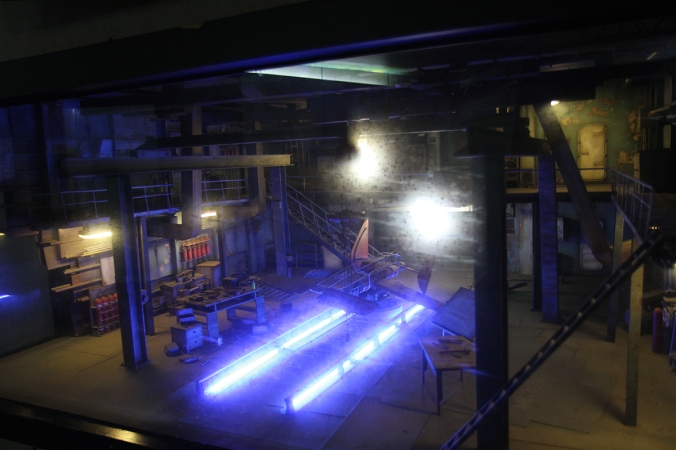 This photo does not do justice to how beautiful and intricate this miniature shipwrecked city is.

Some props and costumes from old Korean films. 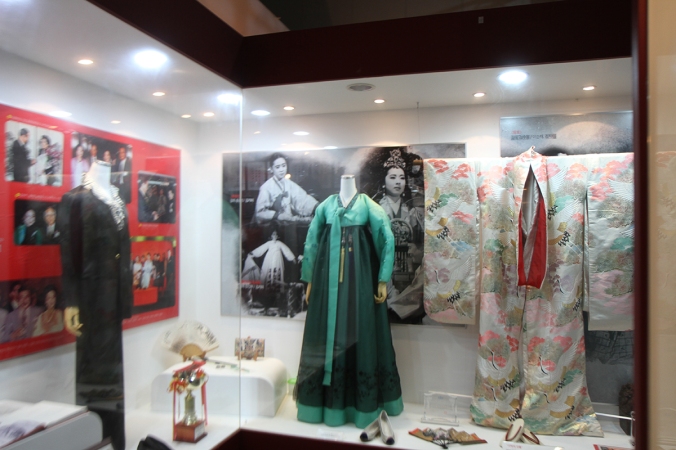 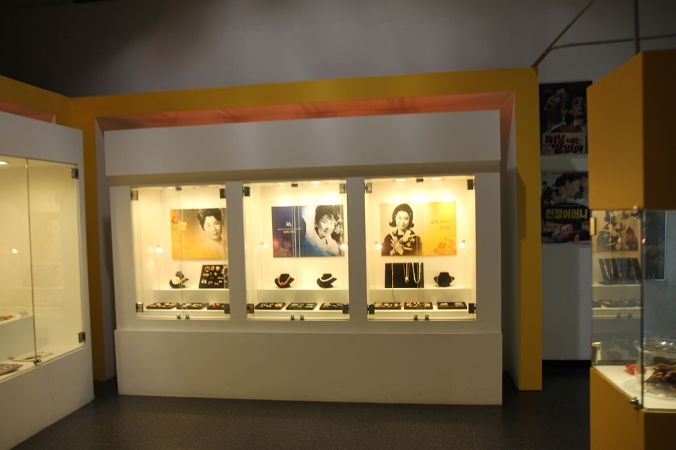 Some old Korean awards and honors. 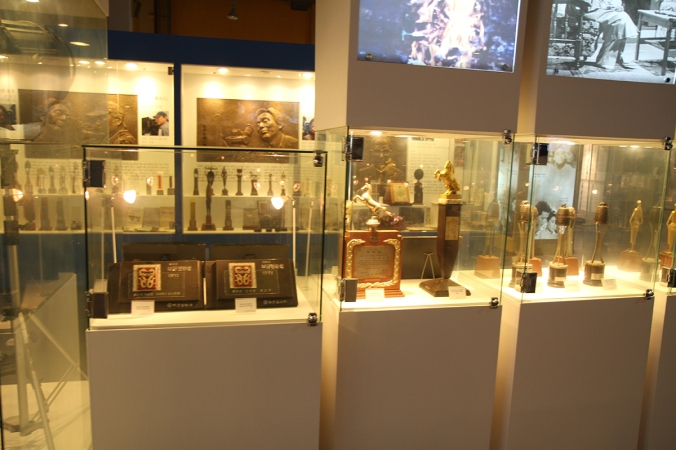 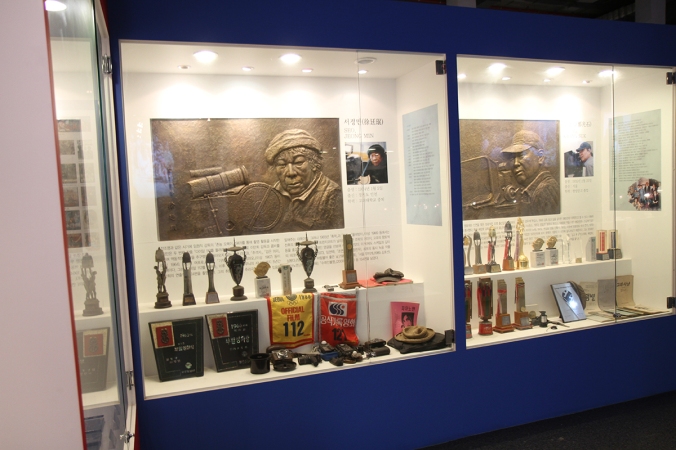 If you’re a film lover and find yourself in South Korea, it’s worth taking a visit out to Namyangji Film Studio.  We of course realize most people reading this will likely never make it out there, so we hope this post is the next best thing.